Akshay Kumar's Jolly LLB 2: Something Big is in Store 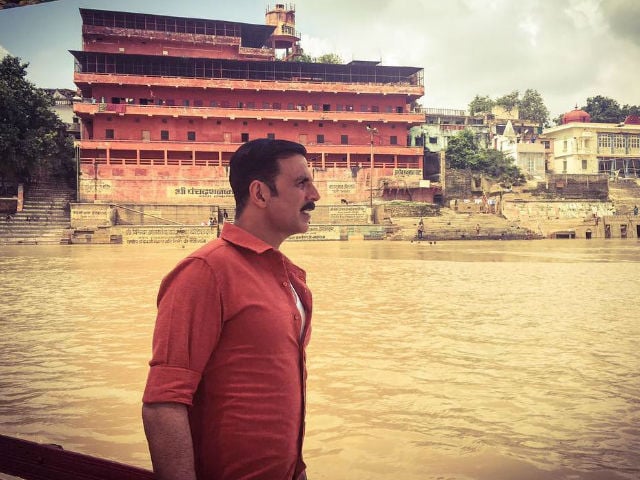 New Delhi: Akshay Kumar is keeping his followers updated with the progress report of his upcoming projects - this time it's about jolyy LLB 2. The 49-year-old actor tweeted the teaser poster of his upcoming film with a promise: "Get set to meet Jolly tonight. The journey of #JollyLLB2 begins...here is the teaser poster." The teaser poster too is quite informative. In the previous film (which was inspired from 1999 hit-and-run case of Sanjeev Nanda) actor Arshad Warsi as advocate Jolly fought a case on behalf of the state. But this time, Jolly is up against the state and the fight will be 'jolly' interesting.

In the courtroom dramedy, actor Annu Kapoor will reportedly fight for the state while Saurabh Shukla will reprise the role of Justice Surendralal Tripathi. Actor Arshad Warsi will also make a cameo appearance in the film. Huma Qureshi, Inaamulhaq and Manav Kaul are also new members of the series. The film's been shot in Manali and bylanes of Lucknow. The film's shooting began in July this year and is slated to release in February 2017.

Promoted
Listen to the latest songs, only on JioSaavn.com
Akshay's film line up is pretty impressive next year as 2.0 will also release around Diwali. The Shankar-directed film features Rajnikanth as Dr Vaseegaran (from 2010 prequel Enthiran) while Akshay plays the antagonist, an eerie scientist DR Richards, whose experiment backfires and he ends up as a Birdman and mad scientist crossover.

He also has a cameo in Taapsee Pannu's Naam Shabana a spin-off from his 2015 espionage drama Baby. Akshay will then get busy with Neeraj Pandey's Crack. Akshay's already started working Toilet - Ek Prem Katha with Bhumi Pednekar.