Akshay Kumar's remark was deemed unfit by both Mallika Dua and her father. The comedienne said: "I want humor to be limitless. I also don't want to be uncomfortable at my work place" 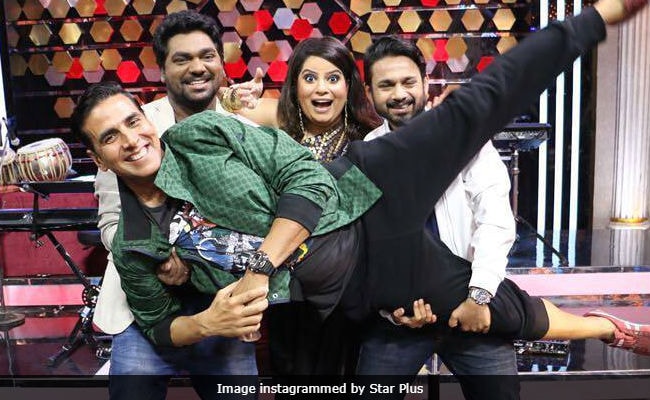 A still from The Great Indian laughter Challenge. (Image courtesy: Star Plus)

New Delhi: Actor Akshay Kumar's comment on his The Great Indian Laughter Challenge co-judge Mallika Dua did not go down well with the comedienne's father Vinod Dua, who lashed out at the 50-year-old actor on social media. Vinod Dua, a noted journalist, shared the snippet of the show in a Facebook post, which appears to have been deleted later, and wrote: "I am going to s***w this cretin Akshay Kumar for telling his co-worker Mallika Dua that "aap bell bajao main aap ko bajata hun" at 5:26. This is his sense of humor and language. Star Plus.. wake up.." In a separate tweet, Mallika added: "So, I want humor to be limitless. I also don't want to be uncomfortable at my work place. The lines are blurred."

Akshay's 'ring a bell' comment refers to the show's format in which judges ring a bell to appreciate an act.According to an IANS source, the controversial part has not been aired by the channel. Vinod Dua told IANS: "I don't expect an apology from Star Plus as they have not aired this episode. But I expect an apology from this fellow (Akshay Kumar)."

Promoted
Listen to the latest songs, only on JioSaavn.com
In the past, Akshay Kumar has stood up for his co-stars when he felt they were being insulted in the name of comedy on reality shows - like when he denounced Siddharth Jadhav's alleged racist comments about his Housefull 3 co-star Lisa Haydon on Comedy Nights Bachao.

Akshay Kumar was last seen in Toilet: Ek Prem Katha and his upcoming films are 2.0, Padman and Gold.