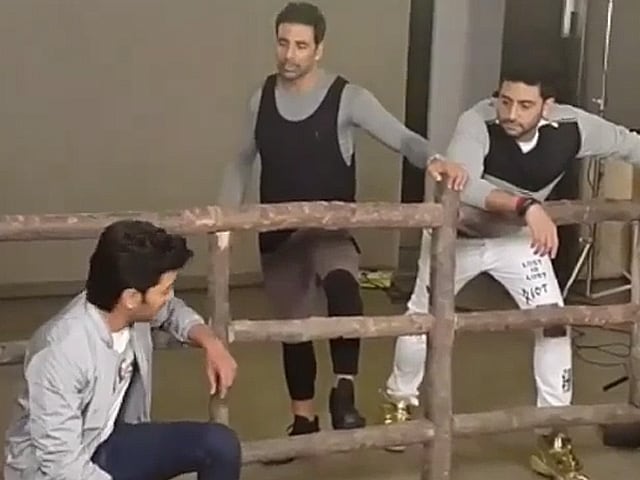 A still from the video posted on Twitter by Akshay Kumar

While Akshay and Riteish were also a part of the previous two parts, Abhishek is the new addition to the upcoming film, which is written and directed by director duo Sajid-Farhad and produced by Sajid Nadiadwala.

(Also Read: Meet the stars of Housefull 3) Riteish, 36, took to Twitter to announce the start of the film. He also shared celebrity photographer Avinash Gowarikar's tweet, which features the cast of Housefull 3 in their apparent first looks:

And the Madness begins #HouseFull3https://t.co/eBjQcyAQKm

Meanwhile, Akshay who is considered as a formidable action star in Bollywood surprised his fans by treating them to a 'blooper' from the sets of Housefull 3, which showed him being unable to jump across a wooden barricade. He tweeted:

While u enjoy my coordination in the #Brothers ring this weekend, here's a #Blooper on my 1st shoot of #Housefull3 ;) pic.twitter.com/DrXM0nqjet