The teaser of Gold was unveiled today 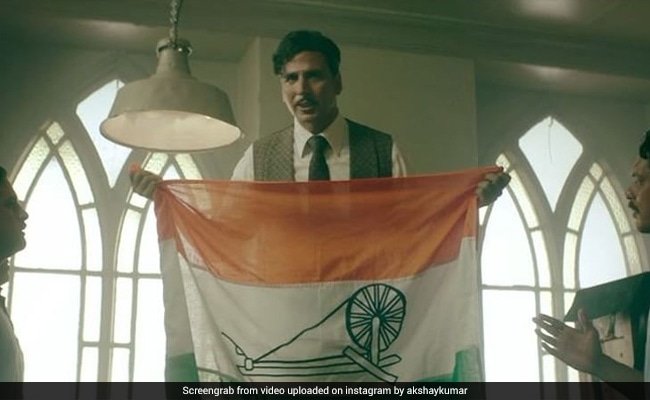 New Delhi: The teaser of Akshay Kumar's much-awaited film Gold is finally out. The teaser starts with Akshay Kumar saying: "Hum ek pagal Bengali hai, hum hockey se pyaar karta hai" and further the teaser shows the struggle of that hockey player (played by Akshay Kumar) and how he wins the first Olympic medal for the country as a free nation in 1948. Gold is set up in the back drop of 1946 and Akshay's teaser comes with a powerful tagline: "Abhi tak India chup tha. Ab hum log bolega aur duniya sunega." Gold is being produced by Farhan Akhtar and Ritesh Sidhwani's Excel Entertainment. Without much-ado, take a look at Gold's teaser here.

Recently, Akshay shared his first look from the film.

Set out on a brand new journey, aiming for nothing less than #GOLD! Day 1 of Gold, need your love and best wishes as always :)

Earlier, reports suggested that Swara Bhasker had been cast opposite Akshay Kumar in the film. However, the actress refused the reports on Twitter and wrote: "That's right! While I'm a fan of Akshay sir and love Reema Kagti's films, but reports that I'm playing his wife in the film Gold not true." She also added: "Nope. Not true. But he was my first Bollywood crush and his was the only poster in my room through my teen years."

Nope. Not true :) But he was my first Bollywood crush and his was the only poster In my room thru my teen years.. https://t.co/FboiVM4ucp

Promoted
Listen to the latest songs, only on JioSaavn.com
Gold is directed by Reema Kagti and also features Amit Sadh, Kunal Kapoor, Farhan Akhtar and Mouni Roy in the lead roles. Shooting for the film wrapped up in December last year.

Gold is Mouni Roy's Bollywood debut while Akshay Kumar is all set for his upcoming film PadMan, produced by wife Twinkle Khanna. 'PadMan Challenge' initiated by the makers of the film is now viral and Bollywood celebrities are completing the task by posing with a sanitary pad in their hands. The film will hit the screens on February 9. Akshay also has 2018's much-awaited robotic drama 2.0 in the pipeline, co-starring superstar Rajinikanth.
Comments
akshay kumar gold teasergold teaserakshay kumar