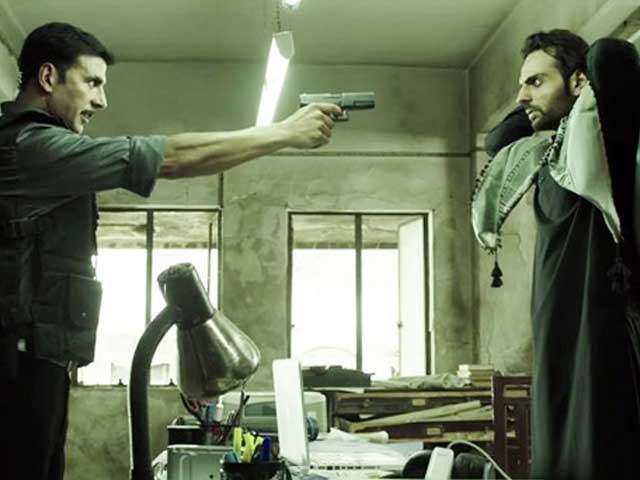 A still from Baby

Akshay Kumar's Baby, about an Indian spy mission to catch a dreaded terrorist, will not be shown in Pakistan as the Censor Board of the country refused to allow it screening.

"Censor boards in Islamabad and Karachi have decided to ban the film because it portrays a negative image of Muslims and the negative characters in the film also have Muslim names," the Dawn newspaper said.

Although, the film was set to release on January 23 across Pakistan, cinemas in Karachi had removed it from their websites leading to speculations about its imminent screening.

Promoted
Listen to the latest songs, only on JioSaavn.com
Earlier, director Neeraj Pandey was quoted as saying that the film was not "anti-Pakistan."

The board routinely bans films deemed to have 'anti- Pakistan' themes. In the past, the local censor board banned Ek Tha Tiger that featured an Inter-Services Intelligence (ISI) agent.