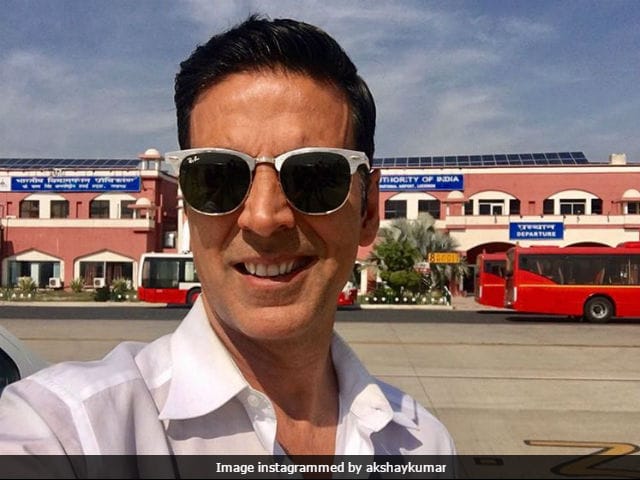 New Delhi: Akshay Kumar's film Naam Shabana is set to release in theatres this Friday. Ahead of the film's release, the 49-year-old actor spoke about the importance of self defence techniques for women. "In our country, I believe, girls should not learn martial arts or self-defence because I feel they should be free to walk anywhere, anytime, anyplace. But unfortunately, because of some dirty people they have to learn self-defence,"news agency IANS quoted Akshay Kumar. "I am running a school in Mumbai and I want to open one school here (in Delhi) but I don't know when it will happen. I just want to tell you one thing -- if a guy touches you, then don't panic, in fact, hit him back and run," he added.

"What happens in life -- How does a guy succeed in harassing a girl, to get her under control? Because a woman or a girl freezes. She doesn't know when a man touches her, she doesn't know what to do. So don't ever freeze, just shout... That is the biggest thing, just shout loudly and run, but don't freeze," IANS quoted the The Gabbar Is Back actor.

On March 7, Akshay Kumar and Taapsee Pannu posted a video on social media demonstrating self-defence moves for women. He captioned the clip as: "Don't just freeze...ACT & REACT coz ur biggest weapon is with YOU! Watch, learn & show your move with #KohniMaar! Kya pata kab kaam aa jaye."

Promoted
Listen to the latest songs, only on JioSaavn.com
Naam Shabana, directed by Shivam Nair, is a sequel to the 2015 movie Baby. The film also features Taapsee Pannu, Manoj Bajpayee, Anupam Kher and Prithviraj Sukumaran in lead roles.