Akshay Kumar to Star in Hindi Remake of Visaranai? 'Not True' 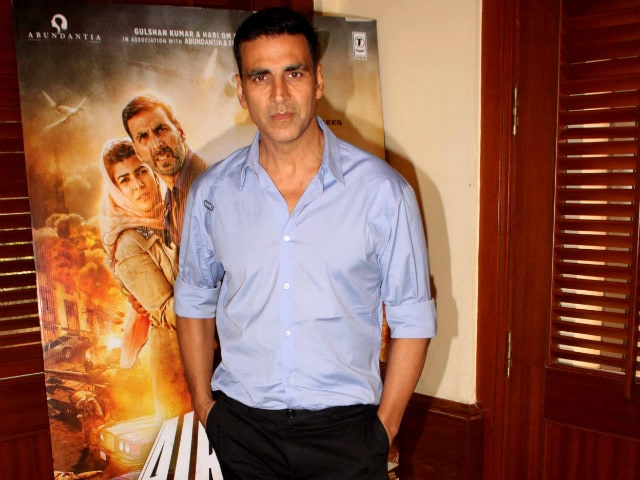 Akshay Kumar at an event in Mumbai.

New Delhi: Tamil thriller Visaranai opened last week to major praise from the likes of Rajinikanth and Kamal Haasan and Bollywood wants in. A Hindi remake is in the works, director Vetrimaaran told DNA, but rumours of actor Akshay Kumar having been cast are 'not true.' (Also Read: Visaranai Opens to Full Houses, Director Says Rajinikanth made it Big)

The five-time National Award-winning filmmaker told DNA: "The Hindi remake rights for Visaranai have been bought by director Priyadarshan. As of now, that's the confirmed news. Akshay Kumar is not in the Hindi remake. That is not true." He added: "Akshay Kumar and Priyadarshan have worked together earlier, and are friends."

Priyadarshan, who spoke to news agency PTI, also cleared the air, saying: "I am currently working on a film with Akshay Kumar which will be produced by Rohit Shetty. We have just finished the script. We will start the film by the end of July this year."

When asked about Visaranai, he said: "I have only bought the rights as of now. I saw the film and I completely loved it. I think it is one of the most powerful films I have seen recently. I will begin work on it only after wrapping up my film with Rohit Shetty."

However, Vetrimaaran revealed that Akshay will attend a premiere of Visaranai in Mumbai next weekend.

Akshay Kumar has been directed by Priyadarshan in a slew of movies like Hera Pheri, Bhool Bhulaiyaa, Khatta Meetha, De Dana Dan and Bhagam Bhag. Akshay will feature as the antagonist opposite Rajinikanth in Robot 2. He was last seen in 2016's Airlift, a movie which received terrific reviews. Akshay next appears in Housefull 3.

Visaranai premiered at the Venice Film Festival in 2015 and is based on a Tamil novel called Lock Up by M Chandrakumar, a former auto-rickshaw driver. Produced by Rajinikanth's son-in-law Dhanush, it also stars Dinesh, Samuthirakani, Kishore and Murugadoss.