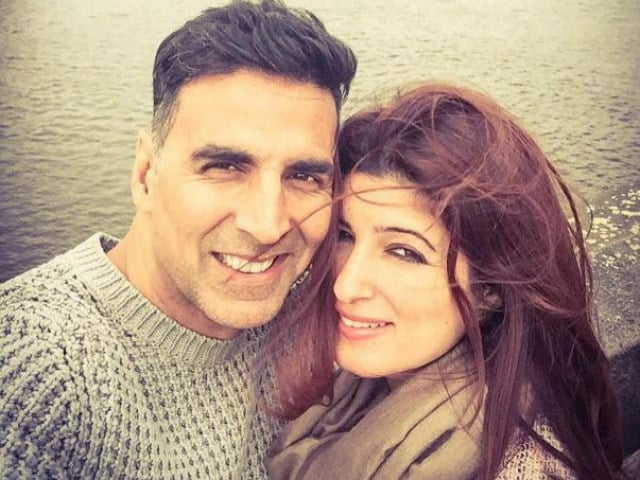 New Delhi: Things will be changing in the Kumar household, as this Twitter conversation between celeb couple Akshay Kumar and Twinkle Khanna shows. Their Twitter exchanges are always a delight - this was no exception.

In a tweet, Akshay congratulated Twinkle for having sold over one lakh copies of her first book, making her India's highest-selling female writer of 2015. Having done so, he also highlighted how it will lead to a change in his behaviour at home. Twinkle's Mrs Funnybones: She's Just Like You and a Lot Like Me released in August last year.

Twinkle always has a reply. She really lives up to her pseudonym - Mrs Funnybones. Every. Single. Time.

And hopefully stop disturbing me when I am at my desk by asking me to look for socks,phones or the missing mudgal:) https://t.co/Qu6nRslxkc

Twinkle also Instagrammed a glimpse of her 'rakhi present':

And my Rakhi present from the folks at penguin ! #MrsFunnybones #Hurrah

Also, she gets the prize for funniest Raksha Bandhan tweet:

Incase the usual 53 members per family didn't seem enough we decided to add a few more, by inventing the ubiquitous 'Rakhi Brother' :)