Akshay Kumar Looks Like This At 52. His Secret: 'Be A Product Of Mother Nature' 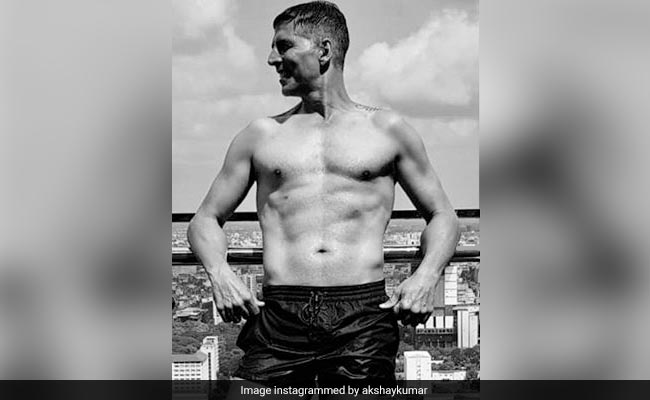 Akshay Kumar, whose birthday it is today, has posted a fitness-related message on his social media accounts and urges everyone to 'Be a product of Mother Nature.' Many of the wishes he receive from celebrity friends today refer to the actor's incredible fitness level - "Happy birthday to the fittest superstar, wrote Kartik Aaryan, for instance - and Akshay, 52 today, has shared a picture of himself with a note urging people to eat right and be naturally healthy. The picture - Akshay shirtless - is enough to give anyone serious body envy and Akshay Kumar claims he looks this way without having taken supplements. All you need is 'to be true to your body' - trust him, he's a father of two. In the picture, Akshay's daughter Nitara can also be seen minding her own business.

Akshay Kumar, who is celebrating his big day by holidaying in an undisclosed location with his family (though wife Twinkle has outed some of their birthday activities in a post of her own), wrote in his post: "We are what we eat... Be a product of Mother Nature... Don't be a product of a product. #AntiSupplements... Be True to your body and it'll carry you in ways you only dreamed of at this age... trust me, I'm a father of two. Take care, one life, get it right."

We Are What We Eat... Be a Product of Mother Nature... DON'T be a Product of a Product #AntiSupplements Be True to your body & it'll carry you in ways you only dreamed of at this age...trust me, I'm a father of two. Take care, 1 Life, Get It Right

Meanwhile, Akshay wife Twinkle Khanna also shared a picture from Akshay Kumar's ongoing birthday celebration. "A birthday filled with many adventures - Next BYOB pottery and then mixing potions in a dark dungeon #BirthdayBoy," Twinkle Khanna captioned a picture, in which Akshay, she and Nitara appear to be the middle of a tree top adventure walk session.

A birthday filled with many adventures-Next BYOB pottery and then mixing potions in a dark dungeon:) #BirthdayBoy

Akshay Kumar was last seen in Mission Mangal, which is close to collecting Rs 200 crore at the box office. He has two more films lined up for release this year - Good News and Housefull 4.