"Team Ram Setu off to Ayodhya for the mahurat shot," wrote Akshay Kumar 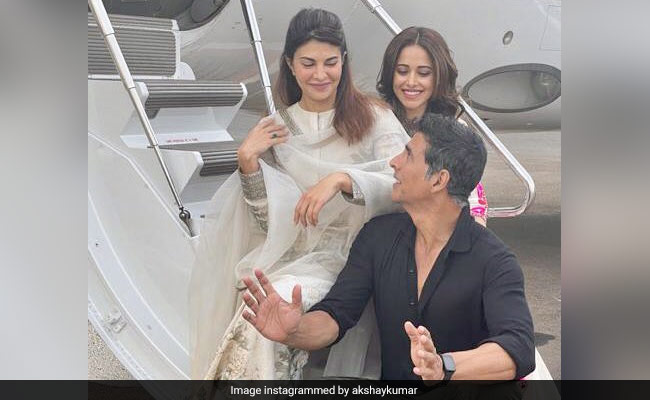 Akshay Kumar and his Ram Setu co-stars Jacqueline Fernandez and Nushrratt Bharuccha flew to Ayodhya, Uttar Pradesh on Thursday to begin the shooting for their film. Ram Setu will be directed by Abhishek Sharma and produced by Aruna Bhatia and Vikram Malhotra. Sharing a photo of himself, Jacqueline Fernandez and Nushrratt Bharuccha having a candid chat outside what appears to be a chartered flight on Thursday morning, Akshay Kumar wrote: "A special film, a special start...Team #RamSetu off to Ayodhya for the mahurat shot. And so the journey begins. Need special wishes from all you guys."

The trio, before leaving for Ayodhya, also happily posed for the shutterbugs at the Kalina airport, Mumbai. See their pictures: 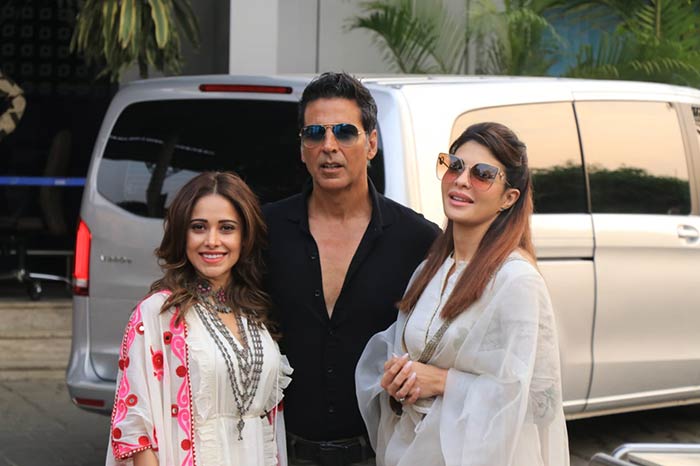 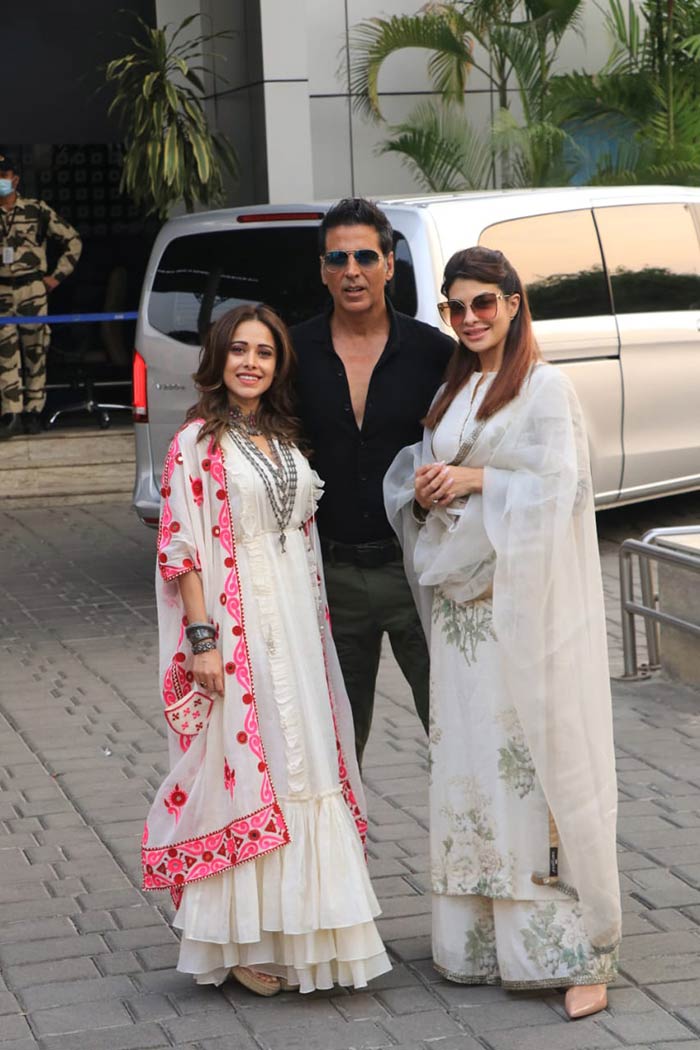 Akshay announced Ram Setu on Diwali last year. Sharing the first look poster of the film, he wrote: "This Deepawali, let us endeavor to keep alive the ideals of Ram in the consciousness of all Bharatiyas by building a bridge (setu) that will connect generations to come. Taking this mammoth task ahead, here is our humble attempt - Ram Setu. Wishing you and yours a very Happy Deepawali."

The release date of Ram Setu has not been announced yet.