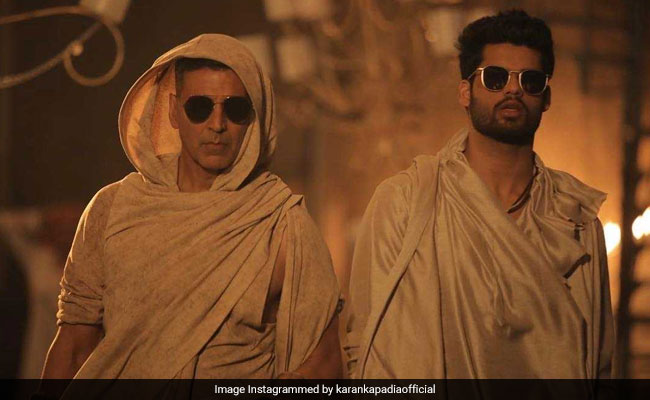 Karan Kapadia, who is all set to make his Bollywood debut with Behzad Khambata's action-thriller Blank, will be seen sharing screen space with his brother-in-law Akshay Kumar in a special song from the film. On Tuesday morning, Karan gave us a sneak peek of his and Akshay's look from the song and he captioned the picture: "Are you ready?" He added, "Like I said, something special coming soon." According to Bollywood trade analyst Taran Adarsh, the song that features Akshay Kumar and Karan, has been composed by Arko. Akshay and Karan can be seen wearing sunglasses and their swag is just off the charts in the picture. We can't wait to see the song.

ARE YOU READY ?? Like I said, something special coming soon. @akshaykumar @blankthefilm #blank#blankthefilm#akshaykumar#surprise#comingsoon

Karan Kapadia is Dimple Kapadia's nephew. He was born to Simple Kapadia, who was an actress and costume designer. Twinkle Khanna, who is Karan Kapadia's cousin, and Akshay Kumar (his brother-in-law) have been actively promoting Karan's film on social media. Twinkle shared the trailer of Blank on her Instagram profile and wrote: "An extremely bold choice for a debut, check out the intensely thrilling Blank teaser now."

An extremely bold choice for a debut, check out the intensely thrilling #BlankTeaser now. My brother @karankapadiaofficial in #Blank releasing on 3rd May @blankthefilm

Akshay has also been sharing posts related to Blank on social media. Akshay shared a special post on Instagram and wrote: "Have watched him grow up from a lanky little kid to this fine young man. Extremely happy to share the Blank trailer."

Have watched him grow up from a lanky little kid to this fine young man. Extremely happy to share the #BlankTrailer introducing @karankapadiaofficial ! @iamsunnydeol @behzu @carnivalpicturesindia #TonyDsouza. Check the link in bio.

Karan Kapadia will be seen playing the role of a suicide bomber in Blank. The film also features Sunny Deol and Drishyam actress Ishita Dutta. Blank is scheduled to hit the screens on May 3 this year.