Akshay Kumar: I Don't Do Films To Bring Changes In People's Mind 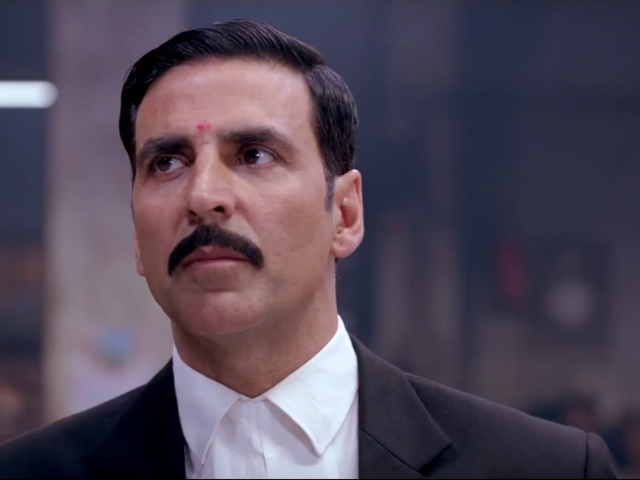 New Delhi: With Jolly LLB 2 set to release in theatres on February 10, Akshay Kumar told news agency IANS that he has never intended to preach anything to the audience or change anyone's mindset with his work. The 49-year-old actor said: "I don't do films to bring changes in people's minds. I do films which I believe in. So I present the films which I believe in. If anybody likes the film or not, that depends on people." Akshay Kumar will be seen playing a lawyer in a sequel to the 2013 film Jolly LLB, which featured Arshad Warsi in the role.

The Khiladi actor told IANS that he never had any intention to teach or preach in his films. : "I did a film called OMG - Oh My God! because I don't believe in idol worship. I believe God is within us. I feel why are we wasting milk by pouring it over God's idols... Rather than that, we should give it to some poor person," he said. He further added: "A lot of people tell me that they liked that film and now don't follow the same (don't believe in idol worship)." "I do films which I like to think about personally," Rustom actor told IANS.

Akshay Kumar, who is known to experiment with a variety of genres, spoke about his upcoming courtroom drama film. The actor said: "The target audience for this film is mainly youth. Also, this film is for both -- the masses and the classes." "There is a very serious topic that Jolly LLB 2 talks about, which is that everything is not fair in love and war. Otherwise, we have always heard that everything is fair in love and war," he added. "So, I have proved that line as wrong in this film. Personally too, I don't believe in it. So, this film should be watched by youngsters," Akshay told IANS.

The Airlift actor, who will be portraying the role of lawyer Jagadishwar Mishra in Jolly LLB 2, says he didn't do any preparations for his character. "I liked the concept and script of the film. I liked the dialogues. I had never played the role of a lawyer. So, that is what got me into this film," Akshay told IANS, he also added that he had immensely enjoyed watching 2013 film Jolly LLB, starring Arshad Warsi.

"I have seen the first film. I saw it at its premiere. I loved that film and it deserved everything from a National Award to all others," he said.

On being questioned on the action sequences in the film, Akshay told IANS: "Jolly LLB 2 has verbal action. In this film, the action takes place inside the court. This film has word wars."