This compilation of Housefull 4 memes will surely crack you up 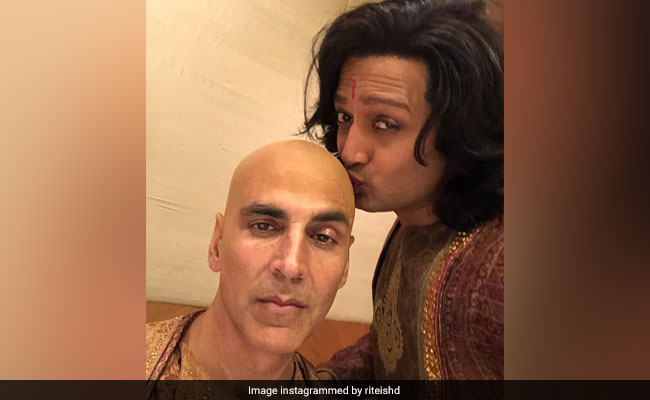 The trailer of Housefull 4 released today and it has been trending ever since (but more on that later). This is the story of the crazy meme fest that Twitter is hosting. The trailer opened to mixed reactions from netizens, while some loved it, others thought it was too OTT and some simply saw it as an opportunity to create epic memes. Housefull 4, directed by Farhad Samji , features Akshay Kumar, Bobby Deol, Chunky Panday, Johnny Lever, Riteish Deshmukh, Kriti Sanon, Pooja Hegde and Kriti Kharbanda. The trailer showcases two different time frames - one part is set in 1419 while the other one depicts the current times. The film shows the reincarnation of the characters who find themselves in loop of confusion especially about the partners that they are destined to be with. Coming back to the reactions to the trailer, here are some memes that we couldn't help but share.

Who would have thought this Housefull 4 meme could perfectly encapsulate the essence of every examinational hall ever. Relatable much?

During exams
Topper when you ask him anything #Housefull4Trailerpic.twitter.com/uBqM9z8URp

Here's another rendition of Akshay Kumar's "I don't know" dialogue from the film's trailer.

This meme puts the entire story into perspective. Doesn't it?

Some memes came with a Game Of Thrones reference, which made us ROFL. Move over, Mother of Dragons, our very own "Father of Dragons" (read Akshay Kumar) is here:

A Twitter user described shared stills of Akshay Kumar from the trailer and wrote the "king of expressions." We couldn't have agreed more.

Here are some more memes. Take a look, you can thank us later.

When a student takes science and after 12 he chooses engineering#Housefull4Trailerpic.twitter.com/yEMZEsQwTU

Here's why his fans call him "one man army" @akshaykumar !#Housefull4Trailerpic.twitter.com/1kXGnqRHrk

Housefull 4 is the fourth installment of the popular comedy series Housefull. Akshay Kumar and Riteish Deshmukh have been the constant members of the Housefull family. The film is slated to release on October 25 this year.