Akshay Kumar Does Not Behave Like a Superstar, Says Sushant Singh 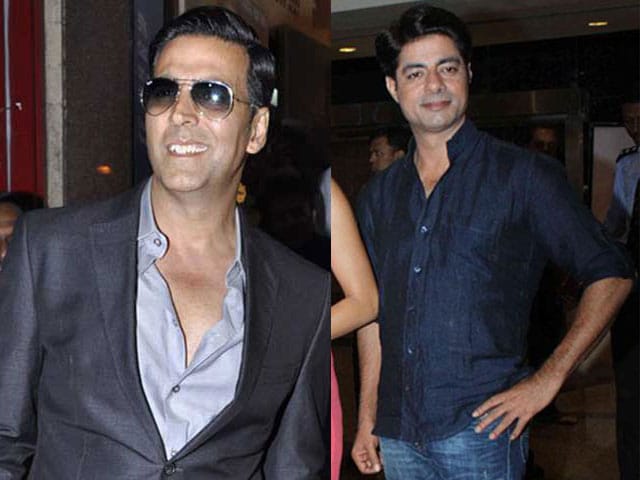 Sushant is impressed with Akshay's humility

The 42-year-old actor said Akshay was one of the reasons for him to do Baby. "Working with Akshay was really nice. He is a great actor and is so chilled out. He does not behave like a superstar. The way he handles fans is amazing. On outdoor shoots, when he is surrounded by fans, he never gets perturbed. "He remains calm and concentrates on his work. There was, in fact, one incident when he started singing for the crowd gathered to get a glimpse of him. He is a humble man," Sushant told PTI.

The actor plays a negative role in the espionage action thriller film Baby, helmed by A Wednesday and Special 26 director Neeraj Pandey. "I play one of the main villains in the film. It is not a larger-than-life negative role but is really interesting," he said.

Praising Neeraj, Sushant said, "I love Neeraj's films. I loved his work with Akshay in Special 26. I knew I would be utilised well by Neeraj. Besides Akshay, he was another reason why I did Baby and I am really happy to have done it."

Sushant, who hosts Savdhaan India on TV, said he would love to be a part of a finite series. "I am really happy doing Savdhaan India. I enjoy hosting it. But if I have to do something else on TV, it will be a finite series. Though I believe in the saying 'never say never', I don't think I would do a fiction show," he said.

Promoted
Listen to the latest songs, only on JioSaavn.com
Sushant became popular with his roles in Legend of Bhagat Singh, 16 December and Jungle and he is happy to have found his footing as a character actor."I am happy with the way my career has shaped up. I have not worked in many big films but I do good roles. I prefer characters over films. I am always conscious that I should do both positive and negative roles but more than that I try picking strong characters and performing them well," he said.