There's no room for fake news in Akshay Kumar's world 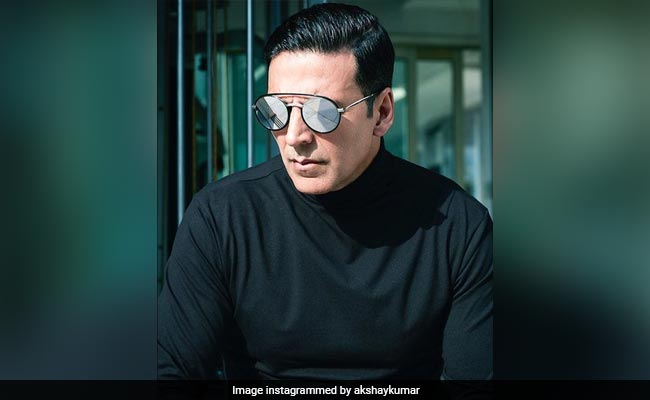 Akshay Kumar has adopted a zero-tolerance policy towards speculation. The 53-year-old actor trended all of Monday morning because of reports speculating that he has been roped in for Sajid Nadiadwala's next movie along with Suniel Shetty's son Ahan. On Monday evening, Akshay Kumar dismissed such speculation as "fake news" and set the record straight in a tweet. Akshay Kumar called out the Pinkvilla report, which cited a "source close to the production" and appears to be the source of the speculation. "10/10 on fake news scale! How about I start my own fake news busting business?" tweeted Akshay Kumar. Here's what he tweeted.

Last week, Akshay Kumar tweeted about waking up to a "fake scoop" about his upcoming film Bell Bottom. A Bollywood Hungama report stated that the film's producer Vashu Bhagnani requested Akshay to reduce his remuneration by some Rs 30 crore for the movie and that the actor has agreed. Akshay Kumar, in his own signature style, referred to the report as a "fake scoop" and tweeted: "What waking up to fake scoops feels like."

Meanwhile on Monday, Akshay Kumar shared another tweet about his upcoming movie Raksha Bandhan. Dedicating the movie to his sister Alka, Akshay marked his Day 1 on sets with this tweet: "Growing up my sister, Alka was my first friend. It was the most effortless friendship. Aanand L Rai's Raksha Bandhan is a dedication to her and a celebration of that special bond," he tweeted. He added, "Day one of shoot today, need your love and best wishes."

Growing up my sister, Alka was my first friend. It was the most effortless friendship.@aanandlrai's #RakshaBandhan is a dedication to her and a celebration of that special bond ♥️
Day one of shoot today, need your love and best wishes 🙏🏻 @bhumipednekar#AlkaHiranandanipic.twitter.com/Oai4nMTDMU

Akshay Kumar's impressive line-up of films also include movies such as Prithviraj, Atrangi Re and Bachchan Pandey.