Ram Gopal Varma, in March, made an announcement on Twitter that he will be directing Akhil Akkineni in his next film 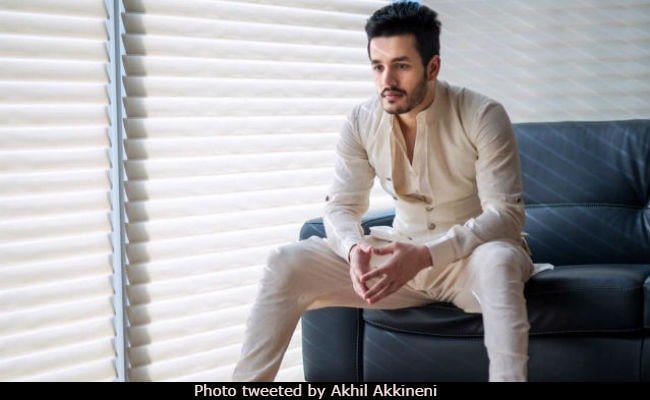 New Delhi: Nagarjuna's son Akhil Akkineni clarified that he has not collaborated with director Ram Gopal Varma for his next film. The actor has denied doing RGV's film and said that he is flying off to London for his next movie with Venky Atluri, IANS reported. "I'm not sure who is confirming any such news (of Akhil doing Varma's film) or why. I'm off to London to shoot my next film. That's the only thing on my mind right now," the actor told IANS. RGV, in March, had made an announcement on Twitter that he will be directing Akhil in his next film. "Just love the circle of life. Nagarjuna produced my debut Shiva and now after some 25 years, I produced Nagarjuna's Officer and now in a full circle, Nagarjuna is producing Akhil Akkineni's film with me as director," the filmmaker wrote on Twitter.

This is what Ram Gopal Varma had tweeted earlier:

Ram Gopal Varma had made his directorial debut with Nagarjuna's 1989 hit film Shiva, which released in 1990. Nagarjuna had also featured in RGV-directed films like Govinda Govinda, Great Robbery and Antham. Over two decades later, the duo had collaborated for yet another film, titled Officer, where Nagarjuna played a cop. The movie, which released in May proved to be a disaster at the box office. Officer reportedly raked in Rs 1.35 crore worldwide. In the aftermath of the disaster of Officer, Akhil Akkineni has reportedly backed out of the untitled project.

"Fans always have an opinion of their own. We only try to live up to their expectations," Akhil told IANS. The actor added that his ultimate goal is only to give "them good films at the end of the day".

About collaborating with Ram Gopal Varma for Officer, Nagarjuna earlier told news agency IANS, "Well, going by his recent works, I shouldn't have. In fact, when he first came to me three months ago, I very clearly and explicitly told him to go back and work on the script and come back later, and not do two other films while waiting for my consent. Rather he should put all his other projects and ideas and away and just focus on my film. That was my condition for agreeing to do his film."

Ram Gopal Varma in his earlier tweets had mentioned how he thinks Akhil Akkineni was "better" than Nagarjuna. "I want to be honest, even if you will beat me with a cycle chain. I really think Akhil Akkineni has a better voice, better style, better demeanour and many other few things better than what you had when you were doing Shiva.," RGV tweeted. This is what the director tweeted:

Hey @iamnagarjuna I want to be honest,even if u will beat me with a cycle chain. I really think @AkhilAkkineni8 has a better voice, better style,better demeanour and many other few things better than what u had when u were doing #Shiva

Promoted
Listen to the latest songs, only on JioSaavn.com
Nidhhi Agerwal will co-star with Akhil Akkineni in Venky Atluri's next. This will be Akhil's third film with Mr Atluri after Akhil and Hello.