Inside the Ambani party: It was a night of Bollywood music and some delicious cake 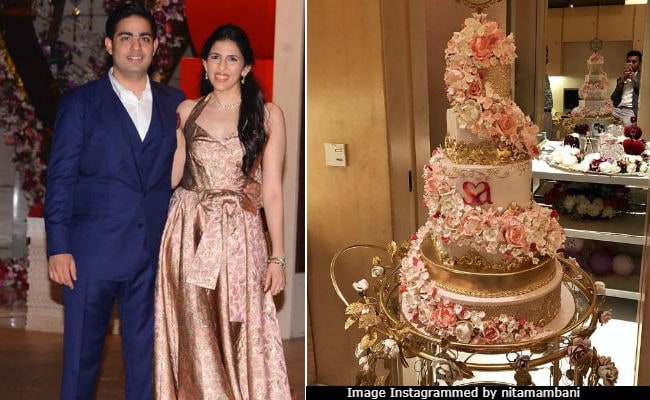 Many, many congratulations to the young couple! (courtesy, R nitamambani)

New Delhi: Akash Ambani - the eldest son of Reliance boss Mukesh Ambani and Nita Ambani - got engaged to his childhood sweet-heart Shloka Mehta over the weekend and continued the celebrations with bash at their Mumbai residence on Monday evening. The Ambanis, known to be great hosts, had an impressive line-up of guests, which also included singer Jubin Nautiyal, who reportedly was the star performer of the night. Jubin, who is best known for tracks like The Humma Song, Bawara Mann and Kaabil Hoon performed Bollywood romantic numbers like Agar Tum Saath Ho, Ik Vaari Aa, Boond Boond and Kuch To Bata, reported mid-day.

"He considers this act as a small present from his side," added the mid-day report.

On his Instagram stories, the 28-year-old singer also shared photos with the hosts - Mukesh Ambani, the newly-engaged couple and the groom's brother Anant Ambani - from last night.

The other highlight of night was the multi-tiered cake, which arrived from Mumbai's Deliciae Patisserie. This is what Bunty Mahajan, the patisserie chef who designed the beautiful cake, wrote on Instagram: "Put my heart and soul into this one, to make it as perfect as possible!" For the post engagement party, the delicious looking cake was placed on a floral cake stand and was adorned with flowers in pink and white. The also had the initials of Akash and Shloka embellished on it - such a sight! 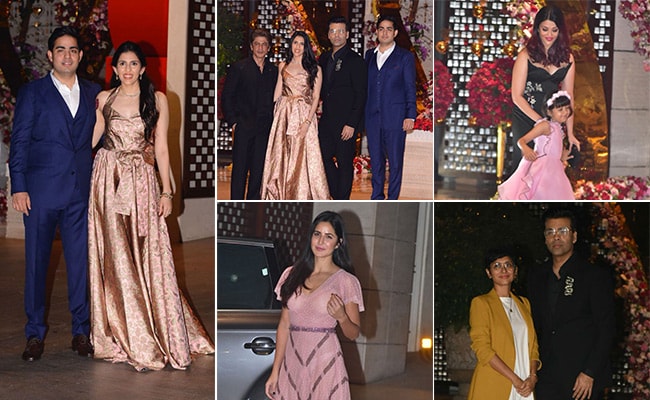 Celebs at the Ambani party

Akash and Shloka (daughter of diamond merchant Russell Mehta) got engaged in a close-knit ceremony in Goa over the weekend and are looking forward to a big fat wedding in December, reported PTI.

Akash Ambani's wedding is going to be a four-five day affair with a plush Mumbai hotel as the venue.

Many, many congratulations to the young couple!
Comments
akash ambanishloka mehta