"My entry in the show was not planned," Akanksha said 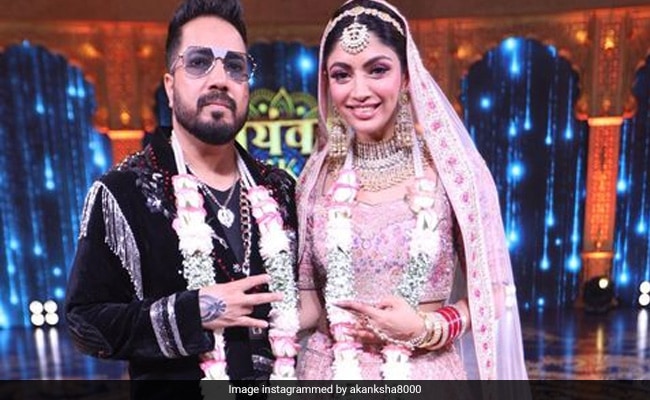 Actress Akanksha Puri was recently announced as the winner of Swayamvar- Mika Di Vohti - a reality show for singer Mika Singh to find a life partner from 15 participants. In her interview with ETimes, the 34-year-old actress, who has been friends with Mika for more than 13 years, addressed the allegations the show received, calling her win "scripted" and "pre-planned." "I have been getting these messages since morning, but all I can say is that, it's not true! My entry in the show was not planned. In fact, he was surprised when he saw me as a wild card contestant. Mika and I have been friends, but we haven't dated or romanced each other," she told ETimes.

Adding that now she wants to spend time with the singer to get to know him better, she said, "Marriage is a big decision, so one has to think a lot before taking the plunge. You can't get married just after completing some tasks on a show. So, I am looking forward to spending quality time with Mika and getting to know him better."

Akanksha, best known for playing Goddess Parvati on the TV show Vighnaharta Ganesha, clarified her relationship with Mika a second time. "I would like to reiterate that this is not a sham. But things have to gradually happen over a period of time," she said.

Talking about their friendship that has lasted for years, Akanksha said, "I have known Mika for more than 13 years now. And, we have known each other through common friends. He has come to my hometown, Indore, many times and over the years our friendship only strengthened. Now, that he has chosen me, I would like to take some more time to know him, but yes, we are looking forward to spending our lives together."

On Wednesday, Akanksha posted a picture with Mika and wrote: "In this together." Take a look at it below:

Soon after winning the show, the actress shared a happy picture in her bridal outfit and posing with Mika, she wrote: "Here's to our new beginnings."

Akanksha Puri was earlier embroiled in a controversy when actor Paras Chhabra talked about his breakup with her in Bigg Boss 13.