Ajay Devgn on Tannishtha Chatterjee's 'Roast': There Has to be a Limit 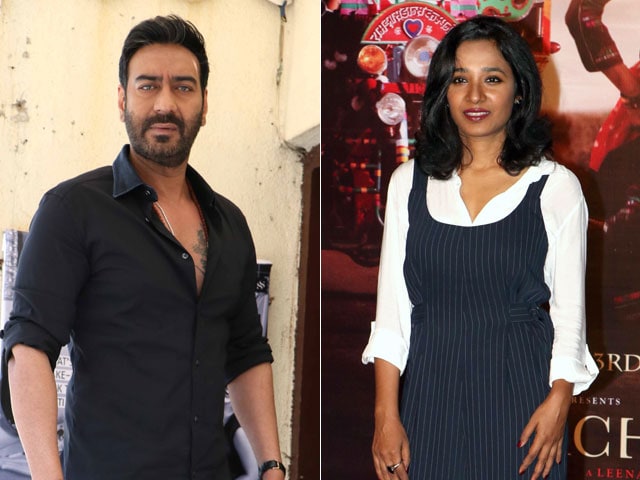 Mumbai: Bollywood actors like Ajay Devgn, Nandita Das and Hansal Mehta have supported actress Tannishtha Chatterjee, who has publicly slammed a TV comedy show for making fun of her skin colour in the name of roast.

As a part of the promotions for her film Parched, Tannishtha along with director Leena Yadav and co-star Radhika Apte went to show Comedy Nights Bachao.

Tannishtha, 35, in a Facebook post, wrote about her frustration with the way her dark skin tone was made fun of.

Ajay, who has produced Parched, said, "There has to be a limit. I have not seen it (episode). I need to see to comment correctly on it. Sometimes sense of humour goes overboard, there has to be limit."

"We all have sense of humour and we all accept jokes on self. The person who cracks the jokes has to draw a line. I think the mindset needs to change;" he told reporters at an event here.

Nandita, who has been outspoken about the issue in the past as well, tweeted :

To be sexist, racist, regressive is just not funny. It is not cool. These days prejudices seem to surface more... https://t.co/NzM6YUzkOQ

Hansal tweeted one of his experiences related to the colour prejudice, saying nothing has changed.

In 1994 one of my first short films was rejected by a TV channel not because the story was too dark but because the actors were too dark,

Nothing has changed as is obvious with @TannishthaC in a so-called 'comedy' show.

But @TannishthaC nothing to despair about. Indian television does not deserve you.

A spokesperson for Colors TV responded to Tannishtha's post on Facebook saying that they would ensure the episode aired would be free of offensive content and that channel management had 'taken this up seriously' with the makers of the show.

Promoted
Listen to the latest songs, only on JioSaavn.com
Meanhwhile, the National Commission for Women has called it an "unfortunate episode" and is exploring avenues to initiate action.