Aiyaary: Sidharth Malhotra Unveils The First Poster Of The Film 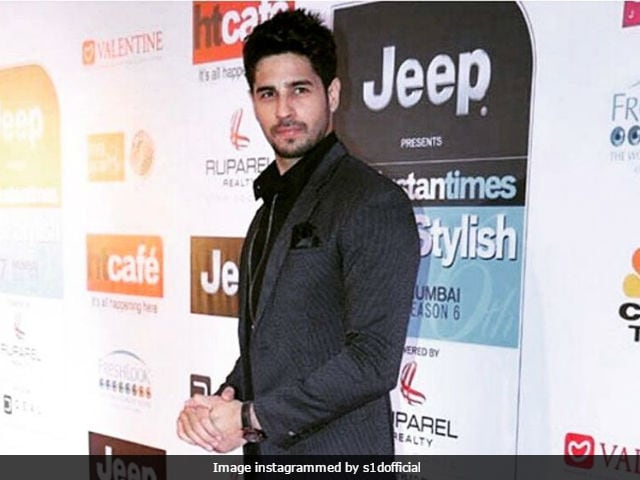 New Delhi: Actor Sidharth Malhotra shared the first poster of his upcoming film Aiyaary, directed by Neeraj Pandey on social media. The intriguing poster shared by the 32-year-old actor reads that the movie is based on true events. The Ek Villain actor captioned the image as: "Really excited to be in Neeraj pandeys next #aiyaary ! Releasing 26th January 2018! @neerajpofficial(sic)." The film, slated to release on January 26 next year, also stars Manoj Bajpayee in a pivotal role. According to Mumbai Mirror reports, the story of the film is set in Delhi, London and Kashmir and the shoot will commence from May.

Filmmaker Neeraj Pandey is well known for his movies - A Wednesday!, Special 26 and Baby. His last film M.S. Dhoni: The Untold Story starring Sushant Singh Rajput became a critical and commercial success. The film is the fifth highest-grossing Bollywood film of 2016 in India.

Promoted
Listen to the latest songs, only on JioSaavn.com
Sidharth Malhotra was last seen in 2016 movie Baar Baar Dekho co-starring Katrina Kaif. He is currently shooting for Abhay Chopra's Ittefaq opposite Sonakshi Sinha. The film is a remake of 1969 film of the same name. He will also feature in Reloaded, directed by Siddharth Anand. The film, which also stars Jacqueline Fernandez, is a sequel to the 2014 movie Bang Bang.

Manoj Bajpayee was last seen in Naam Shabana co-starring Akshay Kumar and Taapsee Pannu. The film was a spin-off to 2015 movie Baby. He will next be seen in Sarkar 3, directed by Ram Gopal Varma. The film is the third installment of the Sarkar series. Sarkar 3 also stars Amitabh Bachchan, Ronit Roy, Jackie Shroff, Amit Sadh and Yami Gautam.