Aiyaary: Sidharth Malhotra Says He Is 'Thrilled' To Work With Neeraj Pandey 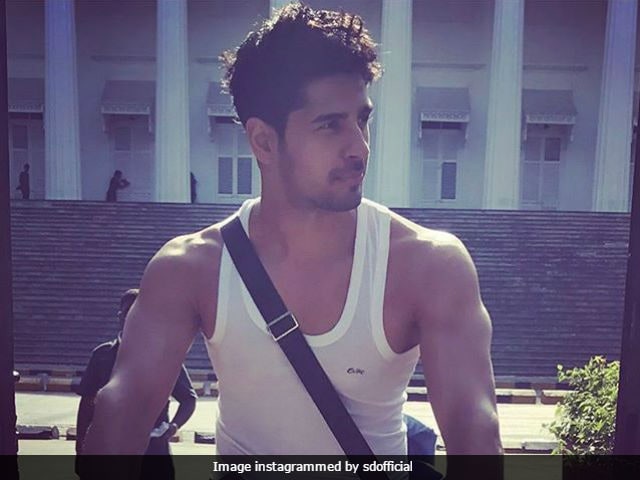 New Delhi: Sidharth Malhotra unveiled the poster of upcoming film Aiyaary on social media on Thursday. The 31-year-old actor, who is elated to be a part of Neeraj Pandey's film, told news agency IANS that he is 'looking forward' to begin shoot. "I am really thrilled to work with Neeraj as he always brings an element of reality to his content. It is going to be very interesting, looking forward to start shooting," Sidharth said in a statement to IANS. , which is slated to release on January 26, 2018, is based on true events. The film, which also stars Manoj Bajpayee in lead role, resolves around the relationship between a mentor and a protege. Neeraj Pandey will begin shooting for Aiyaary from May. The film, which will be produced by Shital Bhatia, is going to be shot in Delhi, London and Kashmir.

Check out the Aiyaary poster shared by Sidharth Malhotra below:

Sidharth Malhotra made his Bollywood debut with 2012 movie Student of the Year. The film, directed by Karan Johar, also starred Alia Bhatt and Varun Dhawan. Sidharth was last seen in Baar Baar Dekho opposite Katrina Kaif. The film marked Nitya Mehra's debut as a director in Hindi cinema.

Promoted
Listen to the latest songs, only on JioSaavn.com
Sidharth Malhotra is currently busy filming for Ittefaq. The film, which is a remake of the 1969 movie of the same name, also stars Sonakshi Sinha. He will also feature in Siddharth Anand's Reloaded opposite Jacqueline Fernandez. The film is a sequel to 2014 movie Bang Bang! starring Hrithik Roshan and Katrina Kaif. Sidharth Malhotra is also committed to working with Mohit Suri in Aashiqui 3.