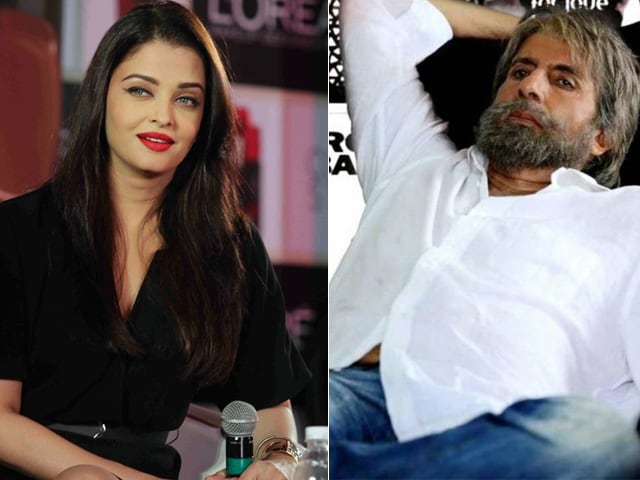 Aishwarya Rai at an event in Mumbai (left) and Amitabh Bachchan in a still from Shamitabh.

Actress Aishwarya Rai is bowled over by the trailer of director R Balki's upcoming film Shamitabh, which features her father-in-law, megastar Amitabh Bachchan. She says she's looking forward to see the actor in a different look on the big screen.

The makers of Shamitabh launched the film's trailer at an event in Mumbai on January 7. The film also stars Tamil superstar Dhanush in a key role. (Also Read: Shamitabh and the Revival of Good Old Fashioned Cinema Style)

When asked about her feedback on the trailer, Aishwarya said, "It's incredible."

"The idea is fascinating and I know more than that is revealed in the trailer. I'm very, very excited to see this product, to see this film (Shamitabh). I think when R Balki and Pa (Mr Bachchan) come together, it's great to see them," she said at the launch of a beauty product in Mumbai. (In Pics: A Bathroom Singer and Some Good Old-Fashioned Cinema)

R Balki and Big B had earlier collaborated for films like Cheeni Kum and Paa.

Promoted
Listen to the latest songs, only on JioSaavn.com
"As a creative person and as an artist, let alone a family member, I'm truly looking forward to this idea (the film) on celluloid," she said.