Aishwarya Rai Bachchan's Selfie on the Sets of Sarbjit in Punjab 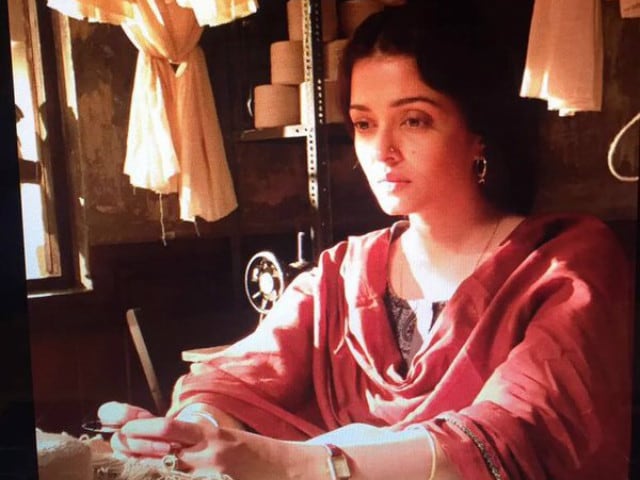 New Delhi: Actress Aishwarya Rai Bachchan, who is currently busy shooting for Omung Kumar's biopic Sarbjit, features in a picture from the sets, that has been doing the rounds of social media on February 24.

Aishwarya, who stars as Sarbjit's sister Dalbir Kaur in the movie, is reportedly, filming in Attari, a village in Punjab. She is seen posing for a selfie with a Border Security Force jawan in this picture:

Earlier in February, the movie had released a picture of Randeep Hooda, who plays the titular role, along with the first look of the 42-year-old actress on social media:

The same month, Randeep, 39, had also shared his first look that sent the social media in a tizzy. He lost "18 kilos in 28 days" for his part.

PLS DONT TRY THIS HOME!!
My #weightloss was done under strict supervision of a super specialist &my sis @Anjalihoodapic.twitter.com/4gtJ4g3W2P

Sarbjit tracks the story of the eponymous Indian prisoner, who died in a Pakistani jail. The movie, which also stars Richa Chadha as his wife, releases on May 19. (Also Read: Sarbjit First Look: Aishwarya Rai Bachchan as Dalbir Kaur)