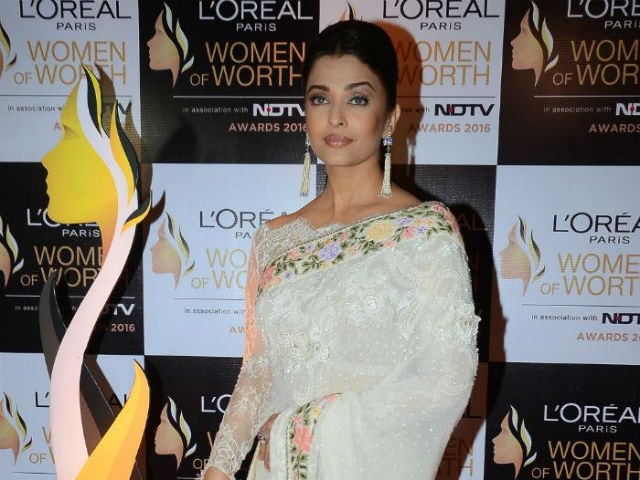 Aishwarya Rai Bachchan photographed at the Women of Worth Awards in Mumbai.

Big B won a National Award for his role in Piku which released last year.

"It's not the first time and we are very proud of Paa. He has won his award yet again. His every performance deserves to be celebrated. Thank you on behalf of paa and we love him and God bless him," said Aishwarya.

Aishwarya attended the Women of Worth Awards on March 28 in Mumbai.

Aishwarya, who was last seen in 2015's Jazbaa, will soon be seen in Omung Kumar's Sarbjit, co-starring Randeep Hooda and Richa Chadha. (Also Read: Big B Wins National Award. 'No One Can be More Proud' Than R Balki)