Aishwarya Cried on Last Day of Jazbaa. Thankfully There Was Munna Bhai 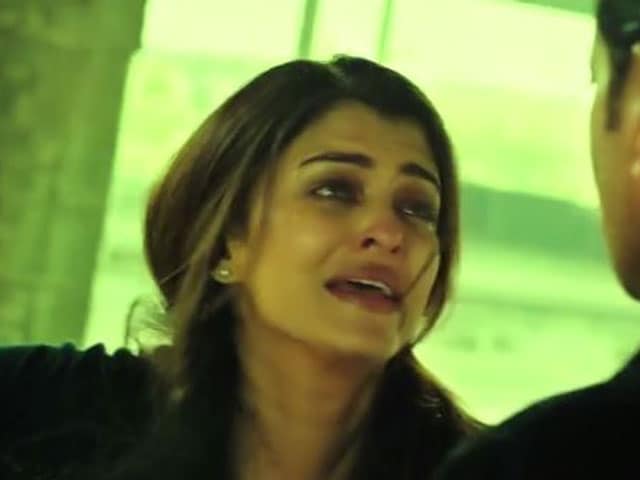 Aishwarya in a still from Jazbaa

New Delhi: Aishwarya Rai Bachchan couldn't hold back her tears as she embraced her favourite makeup artist, Mickey Contractor, on the last day of shoot on the sets of upcoming film Jazbaa.(Also Read: Jazbaa Trailer Stars Aishwarya as a Lawyer and Desperate Mother )

An equally emotional Micky instagrammed this photograph of the two of them:

ARB, Mickey & me after the last shot of #JAZBAA today. The end of one part of our beautiful journey. pic.twitter.com/a6nzYhiABu

Their Jazbaa director called it a wrap on Twitter:

CALL SHEET for the last day of #JAZBAA says 'Day 51'. We planned, promised & delivered in precisely 51 days. Hats off to you @Nadeem_Shah

And begged Micky not to make him 'soppy eyed'

Don’t make me soppy eyed Mickey. It’s never over. We just wrapped the first. You still have to bear a lot of me. https://t.co/QFBpcgplCd

The rest of the 'emotional overload,' as Sanjay Gupta put it, was provided by Sanjay Dutt. The actor, currently on a 30-day parole from Pune's Yerawada Jail on account of his daughter’s nose surgery, was especially invited by Mr Gupta.

Today on the last day of ARB's shoot we had the most special visitor on set who I requested personally to come & wish us. @duttsanjay

What an emotional moment for ARB, Ahmad Khan, Baadshaah, me & my entire crew today when Sanju dropped by to wish us all the best.

Sanju was in town & I requested him to drop by our sets on his way back. He obliged & the whole crew went berserk. TRUE SUPERSTAR TRUE BRO.

Munna Bhai however, managed to bring the much-needed cheer to the occasion:

Conspicuous by his absence was Ash’s Jazbaa co-star Irrfan Khan who is reportedly in Canada for a film festival. Besides Irrfan and Ash, Jazbaa also stars Jackie Shroff and Shabana Azmi. It releases on October 9.

Snorkelling, Pool Time And Cycling: How Gul Panag Is Making Memories With Family In The Maldives