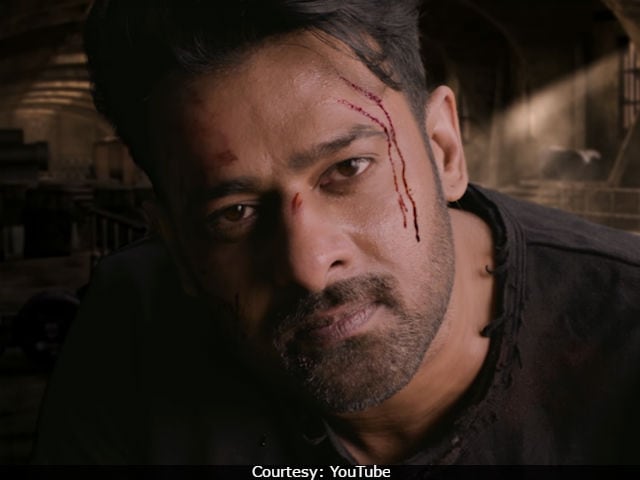 New Delhi: Baahubali done. Prabhas is now ready with his next film Saaho. The film's teaser was unveiled today. Saaho promises to be a complete action thriller and Prabhas' single dialogue, "It's show time," manages to pique's audiences interest. The main highlight of the film (apart from Prabhas, obviously) is the impressive visual effects. Saaho is being directed by Telugu filmmaker Sujeeth Reddy. Meanwhile, Prabhas' Baahubali: The Conclusion releases tomorrow across 8,000 screens. The film stars Prabhas in the double role of Amarendra and Mahendra Baahubali. Baahubali: The Conclusion is the second part of S S Rajamouli's epic fantasy. Part 1, Baahubali: The Beginning, had released to a blockbuster status in 2015.

While we eagerly wait to see Baahubali: The Conclusion, till then watch Prabhas in Saaho.

Saaho will be Prabhas' first film after Baabubali series, as the actor dedicated five years to Rajamouli's magnum opus. "For Rajamouli, I would have even spent more than four years on Baahubali. I would have been ready to dedicate even seven years for him on the project," the actor earlier told news agency IANS.

Saaho will be released in Hindi, Telugu and Tamil and here's some good news for all Prabhas fans. The first look of the film will be screened in all theatres with Baahubali: The Conclusion.

Stuntman Kenny Bates, who is best known for films such as Die Hard and Transformers, has been signed to direct the action sequences in the film. "The scale on which it is being made, a major budget will be spent on some extravagant action scenes. Although it will be a commercial outing, we are attempting something new and I would like to keep that as a surprise element," IANS quoted director Sujeeth as saying.

Promoted
Listen to the latest songs, only on JioSaavn.com
Saaho will extensively be shot in Abu Dhabi and Europe and the film will go on floors in May. The film releases next year.