After Golmaal Again, Ajay Devgn And Tabu To Co-Star In Another Film 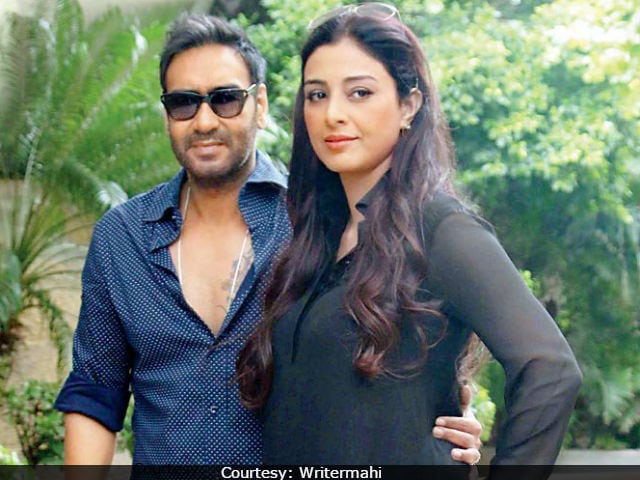 New Delhi: After Golmaal Again, actors Ajay Devgn and Tabu, are all set to reunite for another project, reports Mumbai Mirror. The film will be produced by Luv Ranjan, who is known for his comedy franchise Pyar Ka Punchnama. Ajay, 48, and Tabu, 45, are co-stars of films such as Vijaypath, Haqeeqat and Takshak. They were last seen in 2015 film Drishyam. "It's a unique romcom and not a love triangle. Ajay and Tabu are not opposite each other and Luv has written the role with Tabu in mind, believing that only she can play the part. Another A-list actress will be cast as Ajay's love interest," Mumbai Mirror quoted a source as saying. Golmaal Again, Rohit Shetty's fourth film in the Golmaal series, is Ajay and Tabu's fifth project together.

Before Tabu began shooting for Golmaal Again, the actress told TOI, "Ajay (Devgn) is a friend and I also know the remaining cast, and working with friends is always wonderful."

The untitled project will be directed by debutant Akiv Ali, reports Mumbai Mirror. Akiv has earlier worked as an editor in films like Kites, Yeh Jawaani Hai Deewani, Barfi!, Once Upon A Time in Mumbaai, Agneepath and Jagga Jasoos. The film is expected to go on floors later this year. The actors are currently filming Golmaal Again in Goa.

In an interview to Mumbai Mirror earlier Tabu said, "Ajay and I grew up together. He was my brother's buddy and every evening he'd drive up in his open jeep while we sat waiting on the bungalow wall. He's crazy fun and all heart. With Ajay around, it is always a picnic."

Promoted
Listen to the latest songs, only on JioSaavn.com
Tabu is the star of films like Chandni Bar, The Namesake, Haider, Cheeni Kum, Fitoor and Hera Pheri.