"I want to do my bit by contributing to aid the laudable efforts of our governments. Hope you all are staying safe at home," Ram Charan tweeted 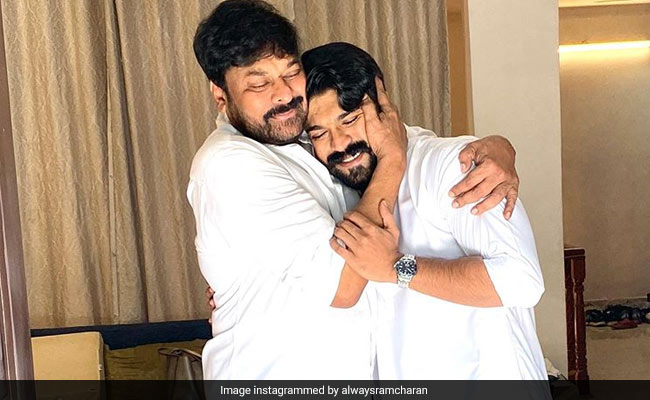 Just a day after Telugu megastar Chiranjeevi stepped into the world of Twitter and Instagram, his superstar son Ram Charan made his re-entry on Twitter. Ram Charan, who had joined Instagram last year, is said to have made his Twitter debut sometime in 2010 but that profile became inactive over time. In his first post from Twitter handle @AlwaysRamCharan, the actor thanked uncle Pawan Kalyan (Chiranjeevi's brother) for inspiring him to donate to the relief funds of the central and Telugu state governments amid the coronavirus outbreak. "Hope this tweet finds you in good health. At this hour of crisis, inspired by Pawan Kalyan garu, I want to do my bit by contributing to aid the laudable efforts of our governments. Hope you all are staying safe at home," Ram Charan wrote in his first tweet.

Hope this tweet finds you in good health. At this hour of crisis, inspired by @PawanKalyan garu, I want to do my bit by contributing to aid the laudable efforts of our governments...
Hope you all are staying safe at home! @TelanganaCMO@AndhraPradeshCM@PMOIndia@KTRTRSpic.twitter.com/Axnx79gTnI

Chiranjeevi, who is one-day-old on Twitter, welcomed his son with an adorable tweet: "The cub follows the lion."

Welcome @AlwaysRamCharan to the Twitter world. The cub follows the lion :)

Chiranjeevi made his much awaited social media debut with brand new profiles on Twitter and Instagram on the occasion of Ugadi on Wednesday, which marked the New Year for the states of Karnataka, Andhra Pradesh and Telegana. Chiranjeevi's debut post on Instagram was about him spending some quality time with his mother amid the coronavirus lockdown. "Home time... mom time! This New Year's Day, let's resolve to defeat this global health crisis with awareness and responsibility. Let's especially care for our parents and elders during this time," the 64-year-old actor captioned his debut Instagram post. On Twitter, messages welcoming Chiranjeevi on social media flooded his feed. His cheer-squad included the likes of Nagarjuna, SS Rajamouli, Mohanlal, Raadhika Sarathkumar and Kajal Aggarwal among others.

A post shared by Chiranjeevi Konidela (@chiranjeevikonidela) on Mar 25, 2020 at 4:30am PDT

Just like dad Chiranjeevi, Ram Charan's debut Instagram post was also about his mother. "Some things never change! Dedicating my first post to you. Love you Amma," he had written in July last year.

Ram Charan will next be seen in SS Rajamouli's RRR, which also stars NTR Junior, Alia Bhatt and Ajay Devgn. The multilingual film is slated to release in January next year.