After Bigg Boss 11, Arshi Khan's Next Project Is... 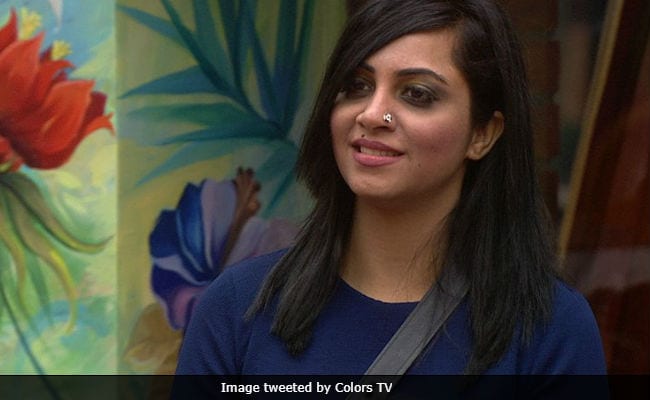 New Delhi: Bigg Boss 11 contestant Arshi Khan will enter the TV show Ishq Mein Marjawan, news agency IANS reported. But, there's a twist. She will have a cameo in the Holi-special episode of the show and will be a part of a dance group. "I am very excited to be back on the channel (Colors) that has made me what I am today. I will bring back my latkas and jhatkas (moves) with this role. I have always enjoyed drama," Arshi said in a statement, IANS reported. Ishq Mein Marjawan features actors Arjun Bijlani and Alisha Panwar, who plays the double role of Aarohi and Tara. "I love how the show's story is about unconventional love and I am getting to be part of Aarohi's revenge saga," Arshi added.

During her stint in Bigg Boss 11, Arshi Khan was involved in several fights with the co-contestants, especially Shilpa Shinde and Hina Khan. And, not to forget, her flirting with Hiten Tejwani. However, she saved herself from getting nominated for 10 weeks. But, in the 11th week, when she was nominated, she was evicted. Shilpa Shinde was declared the winner of Bigg Boss 11 while Hina Khan and Vikas Gupta were the first and second runner-up, respectively.

Promoted
Listen to the latest songs, only on JioSaavn.com
Arshi Khan also made headlines after several media reports suggested that she might make a possible debut in the industry in a film with superstar Prabhas. However, there wasn't any official confirmation.