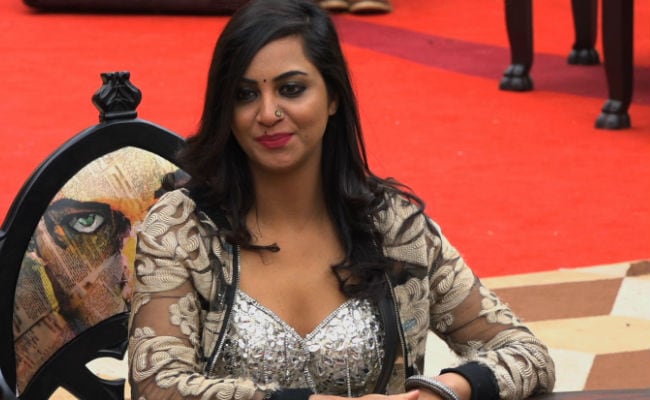 Arshi Khan in a still from Bigg Boss 11.

Arshi Khan became a household name after featuring in Bigg Boss 11, where she made headlines for flirting with fellow housemate Hiten Tejwani. In fact, Hiten and Arshi's finale gig cashed in on their nok-jhok. Arshi Khan also successfully saved herself from getting nominated for 10 weeks in the show. In the 11th week, when she was nominated, she lost and her journey in the game ended.

Arshi Khan recently hosted a party at her Mumbai residence, which was attended by many of her Bigg Boss 11 colleagues but winner Shilpa Shinde gave it a miss. Arshi and Shilpa started their journey on a positive note but it was messed up by the end of the show.

Promoted
Listen to the latest songs, only on JioSaavn.com
Do you want to see Arshi Khan in Celebrity Big Brother? Tell us in comments.