Anu Malik has been accused in several #MeToo stories, following which he was removed from the judge's chair 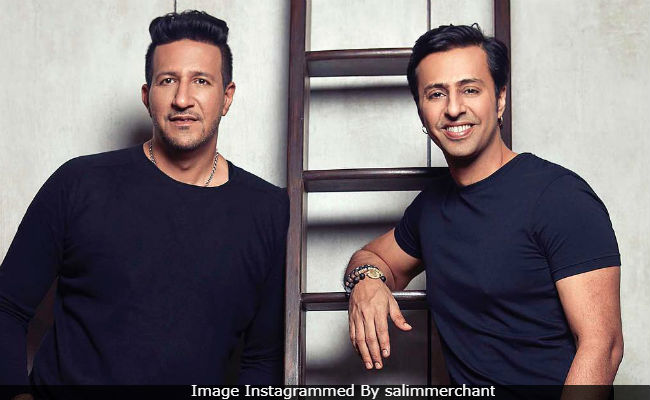 Composer duo Salim and Sulaiman Merchant will reportedly be the first guests to replace Anu Malik on Indian Idol 10 jury panel. Anu Malik, 57, who co-judged Indian Idol since its inception in 2004, has been accused in several #MeToo stories, following which he was removed from the judge's chair on Sunday. Mumbai Mirror and several media reports on Monday stated that Salim-Sulaiman, who have previously co-judged various reality shows, will step in as the first guests. They will join Vishal Dadlani and Neha Kakkar, the present judges. Salim Merchant had joined Anu Malik on the panel for season five and six.

Sony Entertainment Television, the channel on which Indian Idol 10 airs, issued a statement on Sunday to update about Anu Malik's exit. "Anu Malik is no longer a part of Indian Idol jury panel. The show will continue its planned schedule and we'll invite some of the biggest names in Indian music as guests to join Vishal and Neha to judge extraordinary talent of Indian Idol Season 10," it stated.

Meanwhile, Anu Malik released a parallel statement to address the controversy and said he decided to step away as he wanted to "focus on his work," news agency PTI reported.

"I, Anu Malik, have decided to take a break from Indian Idol as I am currently unable to focus on my work on the show. The channel has been kind to agree for the same. Thank you," he said in the statement. Anu Malik has categorically denied the allegations and his lawyer, said that the #MeToo movement is being used for "character assassination," IANS earlier reported.

Last week, in a lengthy Twitter post, Shweta Pandit recounted her #MeToo story in an 18-year-old incident. She alleged that once in a cabin at a studio, Anu Malik told her he would give her a song with Sunidhi Chauhan and Shaan "but she should first give him a kiss." She also called him a "pedophile" and "sexual predator." Meanwhile, Sona Mohapatra has named Anu Malik and Kailash Kher in her #MeToo stories.

Several #MeToo accounts have emerged in the past few weeks. Actors Nana Patekar, Alok Nath, Rajat Kapoor, filmmakers Subhash Ghai, Vikas Bahl and many others have been outed as alleged predators.