Aditya Roy Kapur's Impromptu Gig is the Best Thing Ever. Do Not Miss 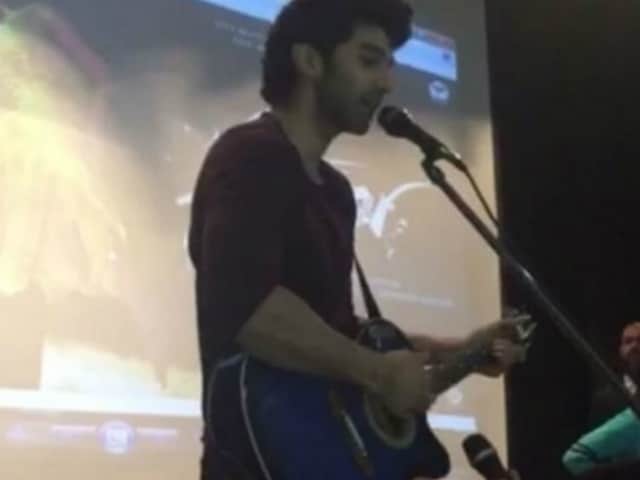 A still from the video shared by Instabollywood.

New Delhi: Actor Aditya Roy Kapur, who will next be seen in Abhishek Kapoor's Fitoor with Katrina Kaif, performed an impromptu gig at an event in New Delhi on Wednesday.

A video shared by Instabollywood shows Aditya, who was in his rock star persona, singing the title song of the movie Yeh Fitoor Mera, while a sea of crowd cheered for him; an event which is much reminiscent of Aditya's character from Aashiqui 2, in which he featured as a famous singer.