Aditi Rao Hydari On Doing Multi-Starrers: "For Me A Film Is All About The Director" 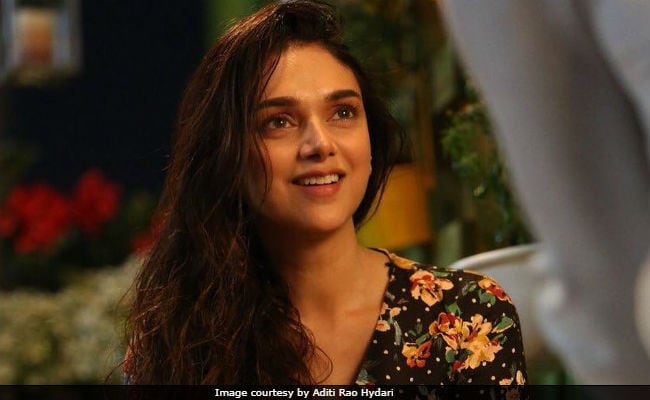 New Delhi: Having done films as different as chalk and cheese like London Paris New York, Bhoomi and "Padmaavat", actress Aditi Rao Hydari says versatility is very important for her. Asked why she's majorly done multi-starrer projects, Aditi told IANS in a recorded response: "I have done a mix of different kinds of cinema. I have done films like London Paris New York or Murder 3 where it's just about one person or two people or Bhoomi for that matter... I have done lots of those and I have also not shied away from films which are multi-starrers because for me a film is all about the director and the team that makes a film and about the script and character I am playing."

"I think versatility for me is very important," she added. The Wazir actress stresses that cinema is a director's vision. "And I completely surrender to the director's vision and I am like putty in their hands and they mold me. So, that's the way I work and I like to be challenged," she added.

Aditi has also worked in the south Indian film industry. She was seen in Prajapathi, Sringaram and Kaatru Veliyidai. Talking about working in the south Indian film industry, she said: "Films are about feelings... Feelings don't have a language... they are universal. So, I consider myself blessed that pan-Indian audiences are watching my films and I am being given these opportunities to work with some of the greatest directors of our country."

The Murder 3 actress considers herself blessed for getting all the opportunities as an "actor who does not have any backing and who has come into the industry just because I love being in front of the camera". Aditi, who was in Chennai last week to unveil the Summer-Spring 2018 collection of the watch brand Swatch, says it is not about the region, boundaries or language.

"It is about the director and the team that makes the film. It's their vision and I give myself completely to that vision. So I don't want the language to ever come in my way. Whether it is in India or abroad... If there is a director I am dying to work with I will work extra hard and do that film," she added.

After the success of her latest release "Padmaavat", Aditi is now gearing up for her next film with filmmaker Mani Rathnam. The actress considers herself lucky to work with the filmmaker for the second time.

"I can't tell you anything about the film. But I consider myself very blessed to be working with Mani sir again. Mani sir and the Madras Talkies team is like family... and to be picked the second time to work with him is really more than what I ever imagined," she said.

Aditi says she really loves working with Mani Rathnam as he challenges her. "I am always up for the challenges and I look forward to beginning work. It is a multi-starrer and there are some amazing actors in it. I am a little nervous but also looking forward to working with them. I think with amazing people on set, hopefully my performance will also be better. It's going to be tough but I am looking forward," she added.


(Except for the headline, this story has not been edited by NDTV staff and is published from a syndicated feed.)
Comments