"I thought, I'm just going to lock myself in a house," she said of her anxiety-fueled retreat from the public glare 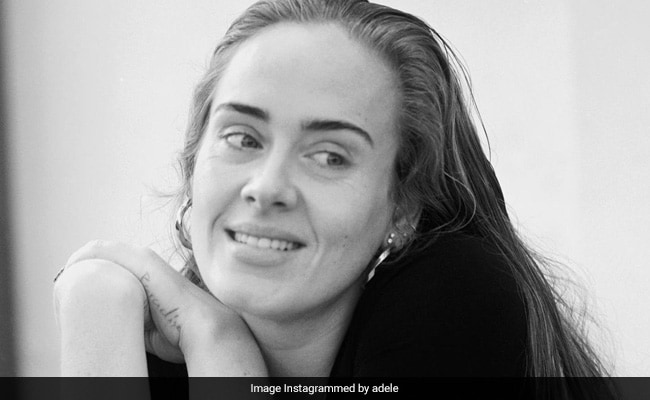 British megastar Adele has spoken of her "year of anxiety" that led her to live like a "recluse", in a rare interview published in Vogue ahead of the release of her new album "30".

"I thought, I'm just going to lock myself in a house," she said of her anxiety-fueled retreat from the public glare, which began with two cancelled shows at London's Wembley Stadium in 2017 due to problems with her voice.

"That's what I did. I was very reclusive. It paid off. People are used to me being a recluse," she said in comments published on the fashion magazine's website late Thursday, her first major interview since 2016.

The 33-year-old singer graces the cover of its US and UK editions this month.

It was during what she called her subsequent "year of anxiety" that her marriage to Simon Konecki, with whom she had a son Angelo in 2011, fell apart.

"I've been on my journey to find my true happiness ever since," added Adele, who currently lived in Los Angeles.

Adele revealed that a new song on the album was inspired by a comment her son made to her as the marriage collapsed.

She took solace in "a lot of sound baths" -- a meditative experience in which participants are "bathed" in sound waves -- alongside more traditional meditation, exercise, and "a lot of therapy".

"I realised that when I was working out, I didn't have any anxiety."

Adele added that therapy had made her realise that much of her anxiety stemmed from her childhood and relationship with father Marc Evans, who left home when she was aged 2.

"My relationship with men in general, my entire life, has always been: 'You're going to hurt me, so I'll hurt you first'. It's just toxic and prevents me from actually finding any happiness," she told Vogue.

However, the pair "got our peace" before Evans died of cancer earlier this year.

The stresses of the business and the death of compatriot Amy Winehouse almost led her to quitting the industry altogether, she revealed, at one point writing to her manager: "This isn't really for me. It's not why I love music".

"I got really famous right as Amy Winehouse died," she told Vogue. "And we watched her die right in front of our eyes."

The Oscar and 15-time Grammy Award winning soul star told fans to expect a slight change in sound with the new album, noting there "isn't a bombastic 'Hello'," referring to her 2015 smash single.

Her lyrics have also taken a change of course, she said.

"I realised that I was the problem," she added.

"All the other albums are like, you did this! You did that!.. Then I was like... I'm the running theme, actually. Maybe it's me!"