"We had five years of a very loving, healthy and loyal relationship," Shweta Basu Prasad in an interview 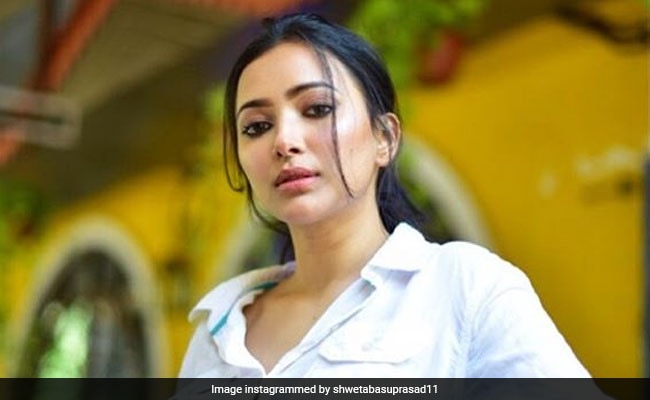 Actress Shweta Basu Prasad, who announced her separation from filmmaker Rohit Mittal in December last year, opened up about the split in an interaction with SpotboyE, who also reported that they have filed for divorce. Talking about parting ways after a year of marriage, the Tashkent Files actress said that she continues to maintain a "cordial" rapport with her former partner: "Rohit and I are perfectly cordial and friendly. As I had mentioned in my post it was a mutual decision. He has always been very supportive of my acting career and I am his fan, he is a wonderful filmmaker and I hope we work together some day."

Shweta said that after being together for five years, they have decided to just "remain friends": "We had five years of a very loving, healthy and loyal relationship. We just decided to end the marriage and remain friends, that's it," SpotboyE quoted her as saying.

When asked about falling in love again, the 32-year-old actress said: "Of course I am not closed to the idea of falling in love again but right now my only focus is my career and my work. Love happens organically... great, if it doesn't happen then no problem. Not looking for it."

Shweta shared the news about her separation with a lengthy post, which had a thank-you note for Rohit Mittal: "Hi everyone, Rohit Mittal and I have mutually decided to part our ways and end our marriage. After months of contemplation, we arrived at this decision few months ago in each other's best interest, as individuals," she said, adding: "Thank you, Rohit for the irreplaceable memories and always inspiring me. Have a great life ahead, forever your cheerleader."

Shweta Basu Prasad and Rohit Mittal got married in December 2018 in Pune after four years of being together. They got engaged in 2017 after Rohit proposed to her in Goa.