"Divorce may sound like a big word, but in my case, I can vouch it was definitely not nasty," said the actress 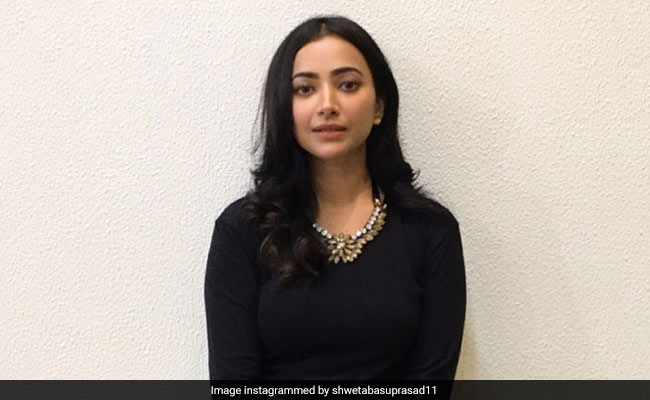 Actress Shweta Basu Prasad, who announced separation from her husband Rohit Mittal in December 2019, within one year of their marriage, talked about her divorce from the filmmaker in a recent interview with Time Of India and said that it "definitely wasn't nasty." The actress married Rohit Mittal on December 13 in 2018 and in December next year, she announced their separation in an Instagram post, in which she also thanked Rohit for all the "irreplaceable memories." Now, speaking to TOI about her separation and divorce, which she filed last year, Shweta Basu Prasad said that the split "after only 6-8 months made it feel simply like a break-up."

"It happened, but then I see couples who have been together for 10 years or more going separate ways. The fact that Rohit and I separated after only 6-8 months made it feel simply like a break-up," she said and added: "Divorce may sound like a big word, but in my case, I can vouch it was definitely not nasty."

Rohit Mittal and Shweta Basu Prasad were together for about four years before they got engaged in 2017.

Talking about how she handled herself after separation from Rohit, the actress told TOI that apart from the support from her family, she "became her own friend" and is "fine now."

"Of course, I was sad; nobody parties when you split up with anybody, but I have an amazing family around me. Besides, I think one is his own friend or enemy in such situations; I went on to become my own friend and I am fine now," she said during the interview.

Shweta Basu Prasad has, in several previous interviews, talked about the "cordial" rapport she still shares with Rohit Mittal after separation. She defines themselves as close friends.

On December 9 in 2019, Shweta shared a lengthy note on social media, in which she wrote: "Hi everyone, Rohit Mittal and I have mutually decided to part our ways and end our marriage. After months of contemplation, we arrived at this decision few months ago in each other's best interest, as individuals...Thank you, Rohit for the irreplaceable memories and always inspiring me. Have a great life ahead, forever your cheerleader."

Shweta Basu Prasad is best-known for her performance in 2002's Makdee, for which she also won a National Award. She has worked in films like Mard Ko Dard Nahi Hota, The Tashkent Files, Serious Men and Comedy Couple. She will next be seen in Madhur Bhandarkar's new film India Lockdown.