"The last time I got my vaccination, I was scared and worried," she wrote 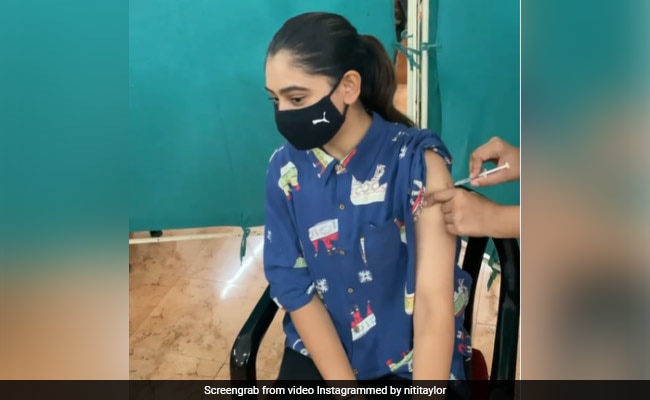 Niti Taylor in a still from the video. (courtesy nititaylor)

TV actress Niti Taylor, who was trolled for a video she earlier posted from her vaccination session, shared another one. Niti, who got her second dose of the Covid-9 vaccine shot, posted a video, in which she was way more composed in contrast to the first video. Niti wrote in her caption: "The last time I got my vaccination, I was scared and worried! Some of you made fun of me and said I was over acting. I am genuinely petrified of needles - getting vaccinated was a huge deal for me! I still am petrified - but that doesn't mean I won't be a responsible citizen. Got my second dose of Covishield today, after 84 days."

She signed off the post with these words: "To all those who enjoyed making fun of me, I'll just pray for you to be positive and not amplify the negativity in the world."

Take a look at the post shared by Niti here:

After getting her first shot of the vaccine in May, Niti posted this video and she wrote: "It took me 3 days of constant wait and search for a booking to get my first vaccination. I urge you all to put in the effort and time! Today I got Jabbed. I am petrified of injections, let alone this one. I have overcome my fear and taken the first dose of Covishield. Guys, don't worry we are in this together let's all get vaccinated at the earliest."

Niti Taylor is best-known for her playing Nandini Murthy in MTV's Kaisi Yeh Yaariaan. She has also starred in TV shows like Ishqbaaz, Bade Acche Lagte Hain, Savdhan India and Yeh Hai Aashiqui. The actress married her married her fiancé Pariskshit Bawa in a secret ceremony August last year. She announced it on social media a few months later.