The actress, in a recent interview, also shared how she came out of her dark phase 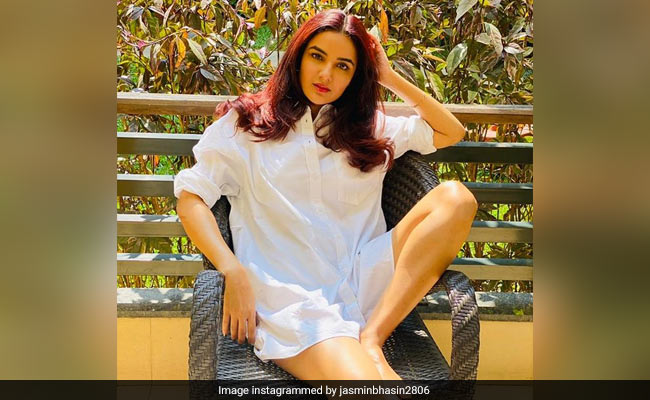 Television actress Jasmin Bhasin opened up about having suicidal thoughts when she was struggling to become an actress in Mumbai in an interview with Bollywood Bubble. The 26-year-old actress said that she was rejected multiple times at auditions, because of which she had "lost confidence in herself." However, Jasmin Bhasin dealt with her suicidal thoughts like a warrior and sailed through her dark phase by "accepting her flaws." She told Bollywood Bubble: "I went through that zone long ago in my life, when I had come to Mumbai and I was struggling. Woh ladai meri khud ke saath thi because kahin na kahin, I was losing confidence in myself. I thought I am flawed, my skin has flaws, I don't look good and that's why I face rejections every day."

Jasmin added that accepting herself the way she has helped her feel confident again. "For me, the learning point is, you need to end that battle with yourself first. You need to accept yourself the way you are. You need to accept your flaws because your flaws make you unique and different from others, otherwise, we will all look like same dolls in a toy shop," she told the publication and added: "As long as you feel confident about yourself and have this determination that 'This is what I want to do, I will make sure I do it, at least I will give my 100% so that I do not feel guilty that I did not make that attempt,' nothing and nobody can stop you."

She started featuring in headlines last year after she participated in Bigg Boss 14 as a contestant. In the reality show, Jasmin and her friend, actor Aly Goni, confessed their feelings for each other and have been dating since then.

Jasmin has also worked in a couple of south films like Vaanam, Beware Of Dogs, Veta, Ladies And Gentlemen and Jil Jung Juk.

"Life Is Incomplete Without You": Abhinav Shukla For COVID+ Wife Rubina Dilaik, Recovering In Shimla