Actress Dalljiet Kaur Says She Was Abused by Husband, 'Desperate' For Money 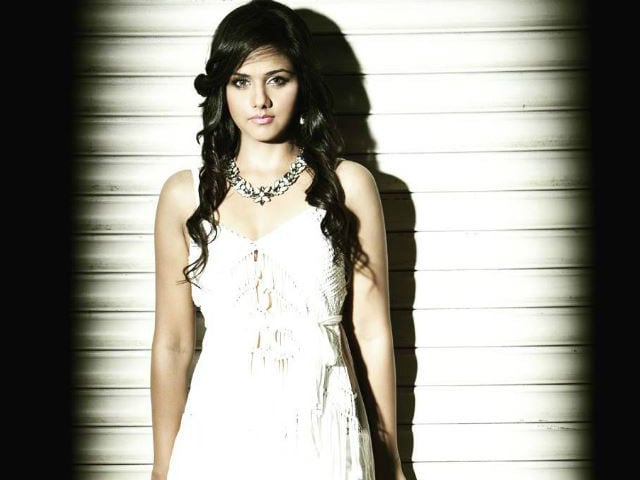 This image was posted on Instagram by Dalljiet Kaur

New Delhi: Television actress Dalljiet Kaur filed for divorce from Shaleen Bhanot some weeks ago and has now spoken about living with an allegedly abusive husband and "desperately" needing money. In an interview to Times of India, the actress also discussed why she lost weight and how she now hopes to be cast as 'younger' characters.

Excerpts from the interview.

Probably one of Dalljiet's most powerful statements in the interview was: "I want to kick that person hard who said, 'money can't buy you happiness'. I know what is life without money. My life had become hell without money."

The actress said she starred as a mother of two on TV show Kala Teeka only because she needed money and that she has no 'regrets' about it. "I can't thank Tony & Deeya (the producers of Kaala Teeka) for giving me the show. When I joined Kaala Teeka, I purely did it for money. I was going through a bad phase and I needed the money desperately and it was very kind of the producers of the show that they brought me back," Dalljiet told TOI.

"I did Kaala Teeka for financial reasons and I have no regrets about it," she added.

Appearance-wise, Dalljiet Kaur has transformed in the last one year. The actress lost nearly 25 kilos and says she "feels much more confident now after the weight loss."

"I take life one day at a time. I thought now was the time to get back in shape and I started working towards it. I feel when people are offering me work, they should do it willingly and it should not be under any pressure. Earlier, I couldn't do it as I needed money to join a gym and work on myself. But after I started working again, I could afford it," she said.

She also hopes that now producers will cast her as younger characters. "I have been praying for that (getting younger roles). But I hope the industry is forgiving and they will accept me as a lead in a show soon."

Dalljiet, now a single mother, juggles her personal and professional life with ease.

Of her three-year-old son Jaydon, she says, "I just think about one thing that whenever my son grows up, he should be proud of me. I sometimes end up shooting for 18 hours a day, but I make sure I give time to my son and exercise. Sometimes, I even go to gym late in the night when my son is asleep. I won't be modest. It has been very tough and requires a lot of will power. I have been single-handedly taking care of my son. Be it financially or emotionally, I am always there for him. For Jaydon I am his father and mother both."

Dalljiet married her Kulvaddhu co-star Shaleen Bhanot in 2009. Last year, Dalljiet revealed her harrowing story of domestic violence and the couple subsequently filed for divorce. Now, Dalljiet feels she should have come out with her story sooner. "It would have been worth it. I know I was speaking truth, but I still took a lot of time expressing the pain. It was the most difficult phase of my life."

There is no scope of reconciliation but Dalljiet says she can 'co-exist' with Shaleen for the sake of her son. "I am in a very peaceful space, if not happy or content. I don't hold any regrets, grudge or ego. If Shaleen wants to co-exist, I am fine with it. My only priority is my son and his happiness. I am doing all that it needs to be a good single mother. If Shaleen can be a good father to him and can contribute in my son's upbringing and towards his happiness, I am content. I want my son to grow-up as a happy person. For that if Shaleen wants to meet him for a minute or 10 hours I have no problem. I am ready to co-exist," she said.

Dalljiet was approached by the popular reality show Bigg Boss last year, but she couldn't leave her son for three months. "Last year, things were different. I know everyone was talking about my personal life. But I never wanted it to be discussed on national television. I didn't wanted to publicize it. I was in need of money. I understand that Bigg Boss can fetch me great money. I would rather do a daily soap and see my son every night than do a season of Bigg Boss," she said.

In 2008, she participated on couple's dance reality show Nach Baliye with her then fiance Shaleen Bhanot. In 2011, they featured in Nachle Ve Season 3.