The Karnataka Ratna is the state's highest civilian award 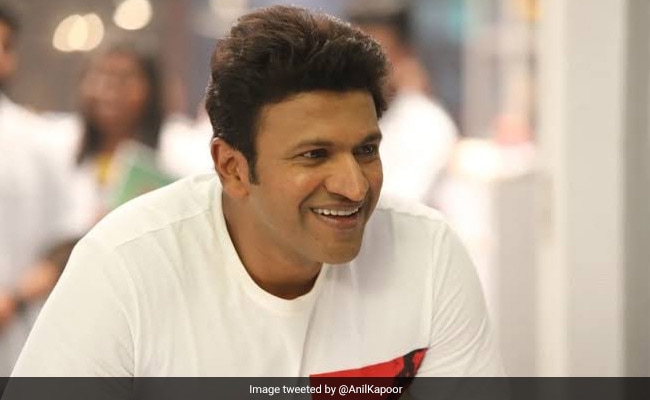 Actor Puneeth Rajkumar, who died at the age of 46 last month, will be awarded with the Karnataka Ratna Award posthumously. A tweet by Karnataka Chief Minister Basavaraj Bommai's official Twitter handle read, "State Government has decided to honour late Sri Puneet Rajkumar with Karnataka Ratna award posthumously." The Karnataka Ratna is the state's highest civilian award. Puneeth Rajkumar was the son of veteran actor Rajkumar. He was cremated with state honors last month. The actor, who was the star of films like Mourya, Arasu, Raamand Anjani Putra, is survived by wife Ashwini Revanth and has two children.

Puneeth Rajkumar was the son of legendary actor Rajkumar. Fan fondly called him "Appu" - after the 2002 film in which he played his first lead role - and "Power Star."

Puneeth Rajkumar began his career as a child artist. When he was six-months-old, he starred in two 1976 films - Premada Kanike and Aarathi. He garnered a whole lot of praise for his performances in Bhakta Prahalada, which also starred his father, Vasantha Geeta and Bhagyavantha. His role in Bettada Hoovu as a young boy Ramu who assists a researcher to find a rare flower fetched him a National Award as the Best Child Actor.

He was also a singer and was admired for his dance skills. The actor was also known as the presenter of Kannadada Kotyadhipathi, the Kannada version of game show Who Wants To Be A Millionaire?.