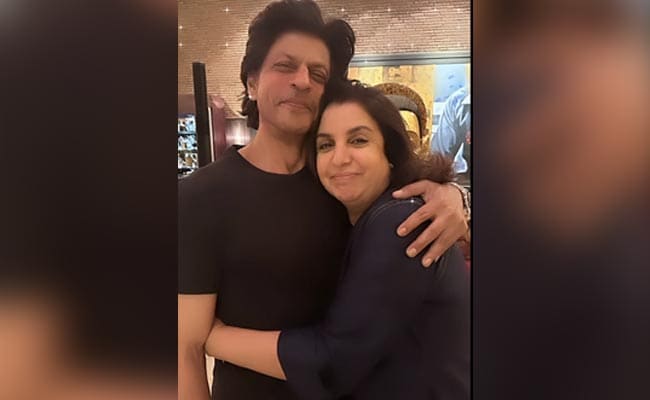 Shah Rukh Khan, who turned 57 today (November 2), has a midnight birthday bash with his loved ones, including filmmaker Farah Khan and his manager Pooja Dadlani. Farah shared an adorable picture with Shah Rukh on his Instagram stories and captioned it as "About last night..#mohabbatman Happy birthday Shah Rukh Khan." In the image, the filmmaker can be seen hugging the superstar. He looks dapper in an all-black outfit, while Farah looks pretty in a blue ensemble. She also wished his manager as Pooja shares her birthday with the actor. In the image, Farah and Pooja can be seen posing for the camera, in the background, we can see a similar painting. 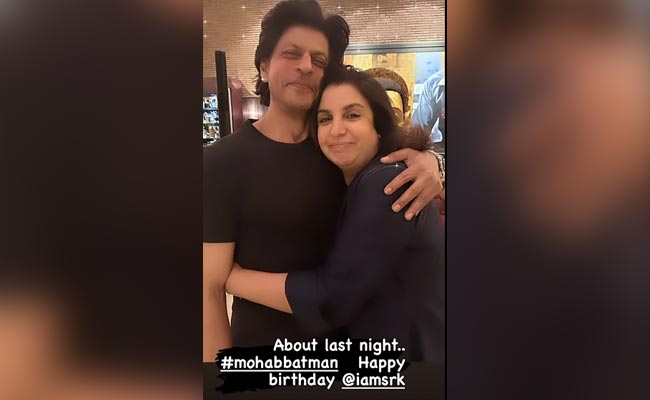 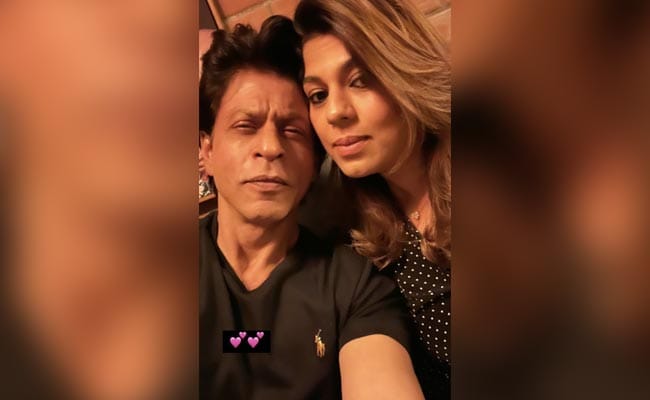 Meanwhile, Farah Khan shared an adorable video and wrote a note that read, "Mine!! my Shah, my friend, mega star, the man who made me a filmmaker, who is a King but so humble, who has the guts to laugh the loudest at himself, larger than cinema itself.. happy birthday @iamsrk am so proud to be ur friend.. thank you for all that you are"

At midnight, Shah Rukh Khan surprised his fan by coming out on his balcony and greeting fans standing out of his house Mannat to wish him and catch a glimpse of the superstar. Well, SRK was not alone, his younger son AbRam accompanied him and waved at the fans. Check out the video below:

Meanwhile, on the work front, Shah Rukh Khan will be next seen in Pathaan with Deepika Padukone and John Abraham.