Abhishek Bachchan's Breathe: Into The Shadows Gets A Shout Out From Aishwarya Rai Bachchan 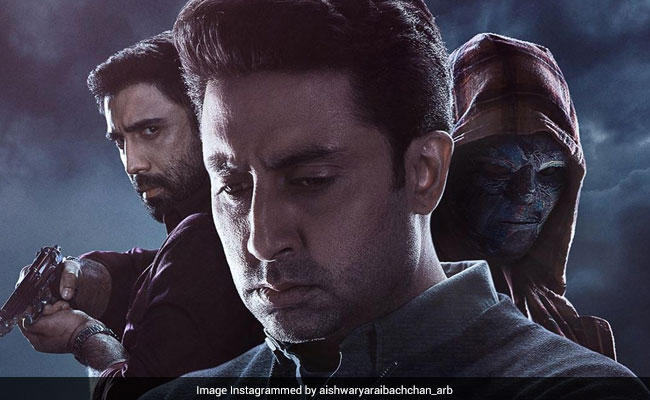 Abhishek in Breathe: Into The Shadows. (courtesy: aishwaryaraibachchan_arb)

Abhishek Bachchan, who is all set to make his web debut with Amazon Prime Video's Breathe: Into The Shadows, got a big shout out from his wife and Bollywood star Aishwarya Rai Bachchan. On Thursday, the actress shared several posters from the web-series (which is slated to release on Amazon Prime Video on July 10) on her Instagram profile. Aishwarya Rai Bachchan, in her caption wrote: "Shine on, baby." Reacting to Aishwarya's post, Abhishek wrote in the comments section: "Love you. Thank you."

A post shared by AishwaryaRaiBachchan (@aishwaryaraibachchan_arb) on Jul 9, 2020 at 8:47am PDT

Earlier, speaking of the show, Abhishek, in an online interview, told PTI: "When I heard the story, I immediately said yes. The criteria that it was on Amazon Prime Video or that it was going to be a movie or a TV show is immaterial to me. At the end of the day, it was great material which I really liked and wanted to be a part of it."

Abhishek Bachchan, who plays the role of a tormented father and a psychiatrist in Breathe: Into The Shadows, shared a reminder of the show's release date on his Instagram profile. In the video, Abhishek says, "I think you should see this too." He captioned the video: "Memories often make us smile but they also give us strength and reason to fight! Breathe: Into The Shadows, out tomorrow."

Memories often make us smile but they also give us strength and reason to fight! #BreatheIntoTheShadows, out tomorrow! @primevideoin @breatheamazon @abundantiaent

Breathe: Into The Shadows is the sequel to Amazon Prime Video's Breathe, which featured R Madhavan. Besides Abhishek Bachchan, the show also features Amit Sadh and Nithya Menen.