Abhishek Bachchan On Breathe: Into The Shadows And Why The Medium Of The Show Was "Immaterial" To Him

"Enough of looking back, now we have to look forward," said Abhishek Bachchan 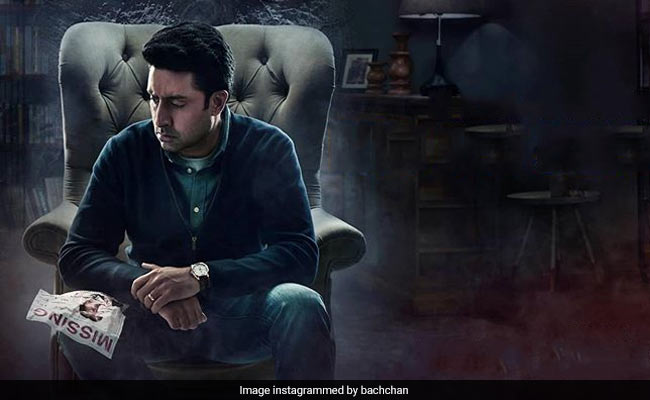 Abhishek Bachchan in Breathe: Into The Shadows. (courtesy: bachchan)

Abhishek Bachchan, who is all set to make his web debut with Amazon Prime Video's Breathe: Into The Shadows, says that he said yes to the show the moment he heard the script and that the medium of the show was "immaterial" to him, reports news agency PTI. Speaking of the show, Abhishek, in an online interview, told PTI: "When I heard the story, I immediately said yes. The criteria that it was on Amazon Prime Video or that it was going to be a movie or a TV show is immaterial to me. At the end of the day, it was great material which I really liked and wanted to be a part of it."

Abhishek Bachchan noted that there has been a shift in the audiences' preferences in the sense that they prefer watching flawed characters rather than fantastical ones. "That time is gone when the hero has to be morally on a higher ground to the audience. In today's day and age, especially the youth, they would much rather see a flawed character achieve something by admitting their flaws and trying to work with it," PTI quoted Abhishek as saying. "There are lesser and lesser fantastical characters. Our most popular heroes today are all great characters which have one or two flaws which just makes them real. That just makes the character more tactile and approachable," he added.

The Guru actor, who has several films releases scheduled this year, said, "I don't know in the next six months what state of mind I'm going to be in to decide what kind of work want to do. But currently, I just love the fact that the producers, directors and audience are allowing me to do work which has a lot of variety. I will hopefully show them that there are different things that I can convincingly do."

The actor who was last seen in the 2018 film Manmarziyaan, recently clocked 20 years in Bollywood. He told PTI,"I have reflected far too much. Past two-three years, I have only been reflecting in the media. So, I'm now done with that. When I completed 20 years last month, I said, enough of looking back, now we have to look forward."

In terms of films, Abhishek Bachchan will next be seen in The Big Bull, which is slated to release on Disney+Hotstar. He will also be seen in a film based on Bob Biswas, which is being produced by Shah Rukh Khan's Red Chillies Entertainment. The actor has also signed Anurag Basu's Ludo and Gulab Jamun, co-starring his wife Aishwarya Rai Bachchan.