Abhishek Bachchan, Who Had A "Freak Accident In Chennai," Is All "Patched-Up" After Surgery. Read His Post

"The show must go on! And as my father said.... Mard ko dard nahin hota! Ok, ok, ok it hurt a little," wrote Abhishek Bachchan 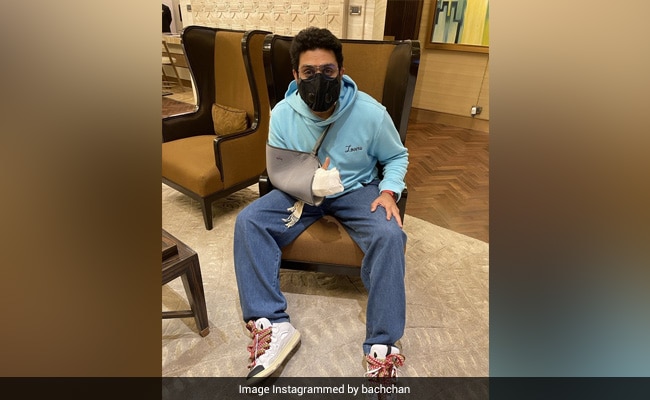 A few days after it was reported that Abhishek Bachchan suffered a hand injury and is undergoing treatment at Mumbai's Lilavati Hospital, the 45-year-old actor shared in an Instagram post on Wednesday night that he had "a freak accident in Chennai" while shooting for his new film but he is fine now and back at work. Abhishek Bachchan posted a photo of himself with a cast on his right hand and wearing a face mask and he wrote: "Had a freak accident in Chennai on the set of my new film last Wednesday. Fractured my right hand. Needed surgery to fix it! So, a quick trip back home to Mumbai. Surgery done, all patched-up and casted. And now back in Chennai to resume work. As they say... The show must go on! And as my father said.... Mard ko dard nahin hota! Ok, ok, ok it hurt a little. Thank you all for your wishes and get-well-soon messages."

On Raksha Bandhan, Amitabh Bachchan and daughter Shweta Bachchan Nanda visited Abhishek at the Lilavati Hospital. Pictures of the father-daughter duo from the hospital went viral and a report in Times Of India stated that Abhishek was admitted to the hospital after he suffered a hand injury.

See photos of Big B and daughter Shweta from Mumbai's Lilavati Hospital: 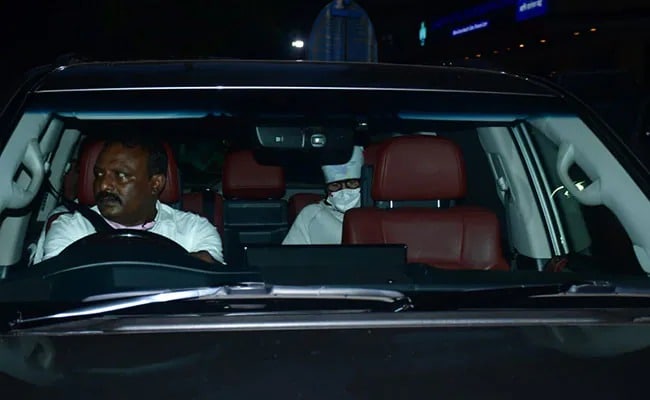 In terms of work, Abhishek Bachchan has featured in several films like Refugee, Guru, Raavan, Bunty Aur Babli, Manmarziyaan, Delhi-6, Dus and the Dhoom series among others. He was last seen in biographical movie The Big Bull, which released on OTT platform Disney+Hotstar. Before that, he starred in Anurag Basu's Ludo. Abhishek Bachchan has crime thriller Bob Biswas and Dasvi lined up.