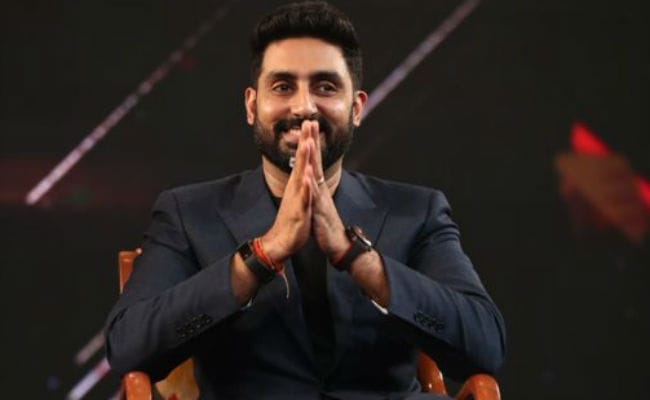 Actor Abhishek Bachchan, who joined a panel of India's Asiad heroes - Amit Panghal, Dutee Chand, Neeraj Chopra and Vinesh Phogat, at NDTV Yuva Conclave, spoke about sports and films at the special event organised in New Delhi on Sunday. And, not to miss, he also revealed that Katrina Kaif and other five-six actresses from the industry are a big fan of Neeraj Chopra, Gold medalist in Javelin Throw. Neeraj had also got a congratulatory message from Katrina after he won the medal in 2018 Asian Games. "She loves his hair and there are other actresses also who do, but I can't name them," Abhishek said.

Meanwhile, Amit Panghal, Gold medalist in Boxing, who has a got a congratulatory message from Dharmendra, said his father and coach are a fan of the veteran actor.

Wrestler Vinesh Phogat, who won a Gold medal, spoke about her struggles and how her life was. One of the things, she revealed was Mahavir Singh Phogat, who is her uncle, didn't allow them to put make-up and they lead a simple life. NDTV's Afshan Anjum , who was moderating the panel, said that may be now a biopic on Vinesh can be made after Dangal, which was based on Geeta and Babita Phogat, her cousins. To which, Abhishek, referring to Aamir Khan, who played Mr Phogat in Dangal, said, "Inke screen wale tauji aa rhe hain. Dangal Part 2, usme make-up karne denge, humare industry me fashion ye sab chalta hai."

During the interactive session, a fan of Abhishek stood and said that she left her 5-year-old son at home to meet him. She wanted to just hold her hand. Meantime, some other people from the guests also came to meet him.