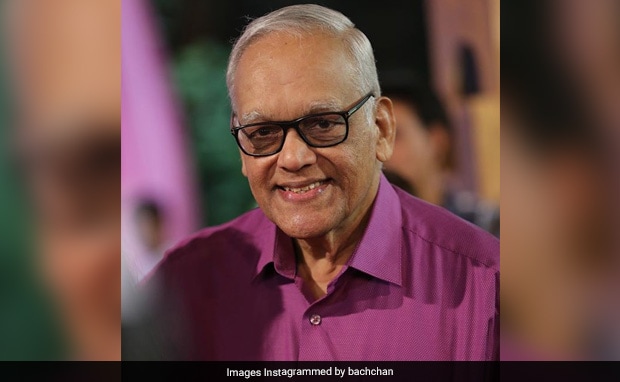 Remembering his late father-in-law Krishnaraj Rai on his birth anniversary on Wednesday, Abhishek Bachchan shared a heartfelt post on social media. The actor posted a picture of Aishwarya Rai Bachchan's father and stated how he misses him every day. "Happy birthday, Dad. Miss you," read the caption on Abhishek Bachchan's post. Krishnaraj Rai died in March 2017 due to illness. His last rites were performed in Mumbai and later, a prayer meeting was organised. Following his death, the Bachchans didn't celebrate Diwali in 2017. Aishwarya Rai Bachchan's mother Vrinda Rai stays in Mumbai and is often photographed with her daughter and granddaughter Aaradhya.

Last year, on Krishnaraj Rai's birth anniversary, Aishwarya Rai Bachchan shared a couple of pictures of her daughter, mother and brother Aditya standing in front of Krishnaraj Rai's photo. "Happy birthday to our dearest guardian angel and darling daddy- Ajja. Love you eternally," she captioned one of the post.

Aishwarya Rai Bachchan often shares pictures of her father on social media. On her parents' marriage anniversary, she posted a really beautiful picture of her mother and father posing together for the camera and wrote: "Happy anniversary, love you eternally."

Happy Birthday to our Dearest Guardian Angeland Darling Daddy- AjjaLOVE YOU ETERNALLY Thank you Alllllllll our well-wishers world over for your Love, Prayers and wishesGod Bless your kind heartsLove from Mom, Aaradhya n Me always

A post shared by AishwaryaRaiBachchan (@aishwaryaraibachchan_arb) on Nov 20, 2018 at 10:18am PST

On the work front, Aishwarya Rai Bachchan was last seen in the 2018 musical film Fanney Khan, co-starring Anil Kapoor and Rajkummar Rao. She recently dubbed for the Hindi version of Disney's Maleficent: Mistress Of Evil. Abhishek Bachchan's last release was Manmarziyaan. He will next be seen in The Big Bull and in an untitled film by Anurag Basu.