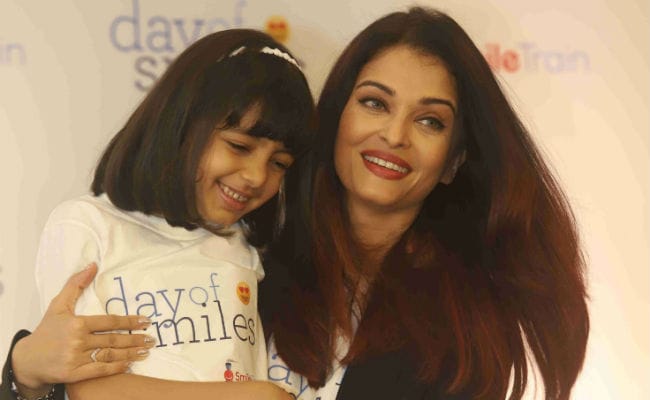 Actress Aishwarya Rai Bachchan was spotted at a Smile Train India Foundation event on Tuesday evening, which she attended on her father Krishnaraj Rai's birth anniversary. The 45-year-old actress was accompanied by her mother Vrinda Rai and daughter Aaradhya. Pictures of Aishwarya and Aaradhya from the event have taken over the Internet and their smiles are infectious. The mother-daughter wore customised white t-shirts and blue jeans for the event. At the dais, Aaradhya was seen sitting on Aishwarya's lap and they both exchanged smiles and kisses. Aishwarya is the goodwill ambassador for Smile Train. The foundation's aim is to provide free cleft lip and palate surgery to children in need. Her father Krishnaraj Rai, who died in March 2017, used to often accompany Aishwarya to Smile Train events.

Take a look at the pictures from the event here. 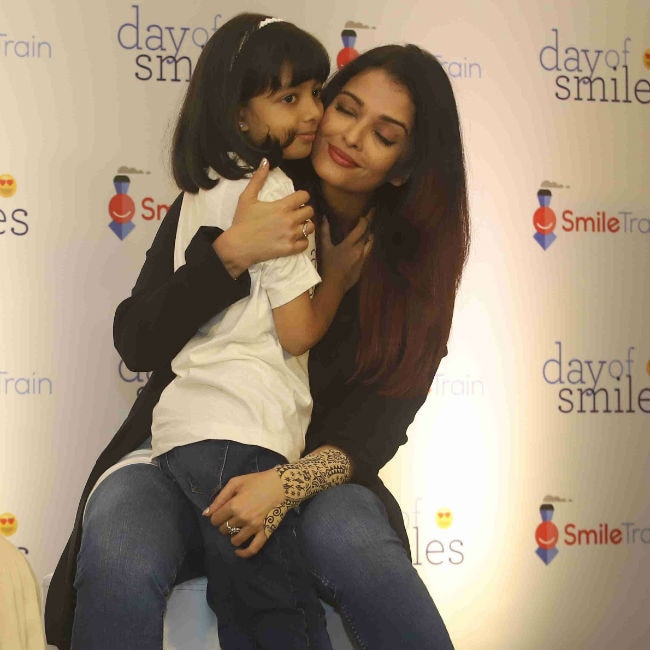 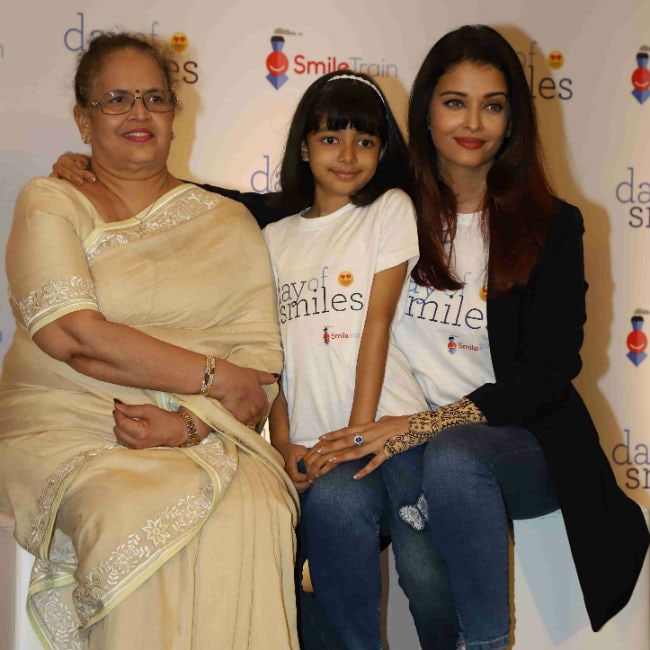 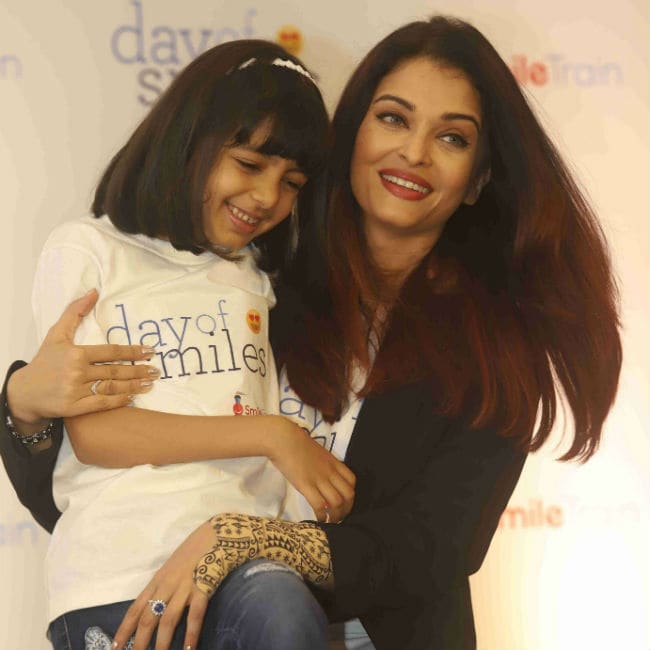 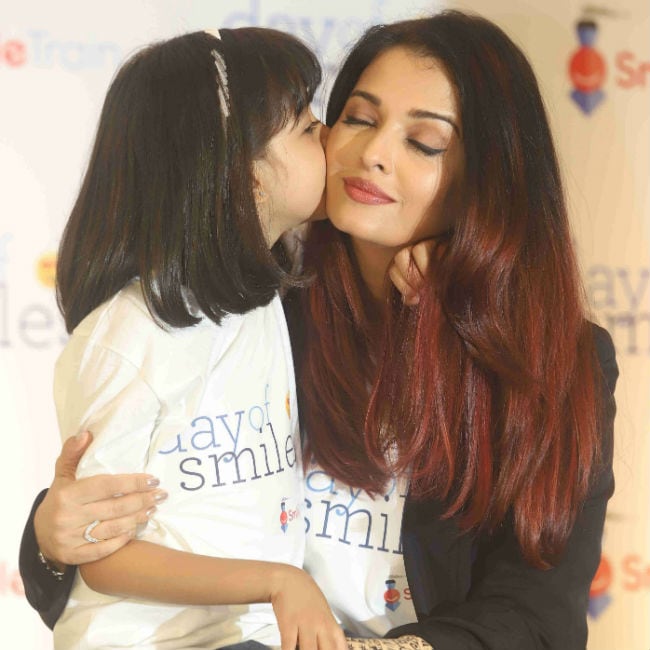 On Instagram, Aishwarya remembered her father Krishnaraj Rai with a heartwarming post. She shared two sets of pictures, one of which featured Aaradhya, standing in front of a photo of Krishnaraj Rai and wrote, "Love you eternally daddy-ajja. Pranam and craving blessings on your birthday."

Happy Birthday to our Dearest Guardian Angel and Darling Daddy- AjjaLOVE YOU ETERNALLY Thank you Alllllllll our well-wishers world over for your Love, Prayers and wishesGod Bless your kind heartsLove from Mom, Aaradhya n Me always

Last year, at the same event, Aishwarya Rai Bachchan had rebuked the paparazzi for their unseemly behaviour.

Meanwhile, on the work front, Aishwarya Rai Bachchan, who was last seen in Fanney Khan, has reportedly signed up for Anurag Kashyap's Gulab Jamun, opposite husband Abhishek Bachchan.