Aashka Goradia Takes A Break From Acting: "Whether This Is Temporary Or Permanent, Time Will Tell"

"Acting happened by chance," said Aashka in an interview 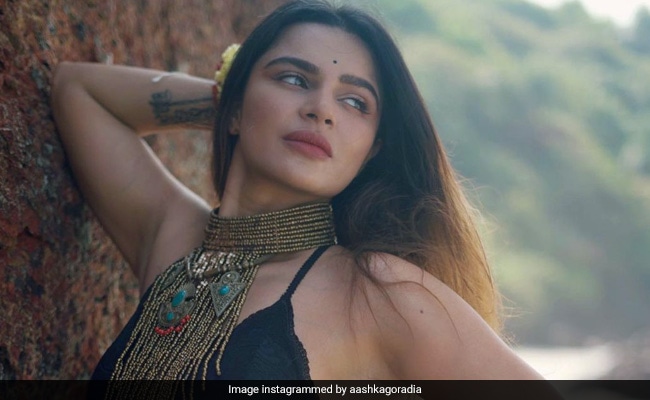 Television actress Aashka Goradia has decided to take a break from acting for now. The actress, who is known for her performance in TV shows like Laagi Tujhse Lagan and Kkusum, will now venture into business as it has always been in "her blood" and "acting happened by chance" to her. In an interview with Bombay Times, Aashka Goradia said that "for now, it is a goodbye" to acting and "whether this sabbatical is temporary or permanent, time will tell." The actress also added that entrepreneurship will keep her busy in coming days.

Asked why she decided to take a break from acting, Aashka Goradia told Bombay Times: "Entrepreneurship was a path I wanted to pursue. Business was always in my blood, and this dream has been with me for quite some time now. Acting happened by chance. I was only 16 when I moved to Mumbai, but while pursuing my acting career, I had this business virus in me, to do something in the world out there and that has finally happened. So, I felt it's time I tell everyone that acting, for now, is going on a break as I pursue my other dream."

When asked if she will take any acting assignments in the coming future, Aashka Goradia said: "For now, it is a goodbye. Whether this sabbatical is temporary or permanent, time will tell, but I know that I am not taking up anything in acting in the coming future. Entrepreneurship and the shuttling between Ahmedabad and Goa keep me busy."

Aashka Goradia lives in Goa with her husband Brent Goble. The actress was last seen in the 2019 TV serial Daayan. She has also participated in reality shows like Fear Factor: Khatron Ke Khiladi 4, Bigg Boss 6 and Nach Baliye 8.