"I was made to come across as a lesbian on this reality show through editing tricks and it was extremely embarrassing," said Aashka Goradia 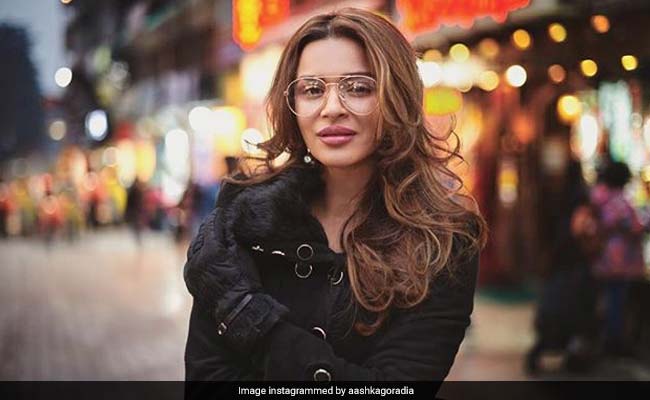 New Delhi: TV star Aashka Goradia recently opened up about her tryst with Bigg Boss, the sixth season of which she was part of in 2012, and said how the reality TV show misrepresented her on screen, reported IANS. Aashka Goradia entered the house with other Bigg Boss 6 contestants in August 2012 and bid adieu to the show in November. During her brief stay in the house, she was rumoured to be romantically associated with Sana Khan - such speculation did the rounds after she was spotted putting balm on Sana on the show. But according to Aashka, the makers of Bigg Boss edited scenes in a way, which made her rapport with Sana Khan seem otherwise. Here's what the real deal is, revealed Aashka: "I was rubbing balm on a sick fellow inmate's body after she had broken into an allergic reaction," said Aashka in a statement to IANS.

"My sexuality was portrayed in a wrong way. I was intentionally made to come across as a lesbian on this reality show through editing tricks and it was extremely embarrassing for me and my parents," added Aashka. After Aashka's exit from the show, she was often questioned about her rapport with Sana Khan and at one point, she had told mid-day: "I always treated Sana as my kid sister. I used to apply medicine to her and I don't think there is anything wrong in it."

Aashka, who was recently speaking on the talk show Jazzbaatt - Sangeen Se Namkeen Tak, said: "I was putting my hand inside her blanket so as not to embarrass her about her rash on national television and they made it look like something else was going on. At that point, I was inside the house as per the show's format and wasn't even around to defend myself. When my mother visited me, she told me about how I was being depicted in the media and how everyone had started questioning my sexuality," reported IANS.

At that time, it was also said that Aashka's then boyfriend Rohit Bakshi was not really happy with the happenings in the house and what was being reported. The couple, who were together for 10 years, refuted rumours of a break-up after Aashka exited Bigg Boss 6 but officially split-up in 2016. Aashka, who is now married to Brent Goble, said that she had the support of friends, family and the media to help her recuperate her reputation. "But, the show's host, my friends and the entire media fraternity came out in my support and tried their best to salvage the situation. And, today I want to take this opportunity to let the whole world know that I am happily married to a very handsome man and extremely content with being straight," IANS quoted her as saying.

Promoted
Listen to the latest songs, only on JioSaavn.com
Aashka Goradia became a household name after starring in 2003 television show Kkusum and went on to star in shows like Kahiin To Hoga, Saat Phere and Naagin. Aashka Goradia and Brent Goble married in December last year.