Aashiqui 3 Makers On Reports About Film's Lead Actress: "There Is No Truth To Any Rumours"

"We are eagerly awaiting to finalise the female lead of the film," read an excerpt from the statement 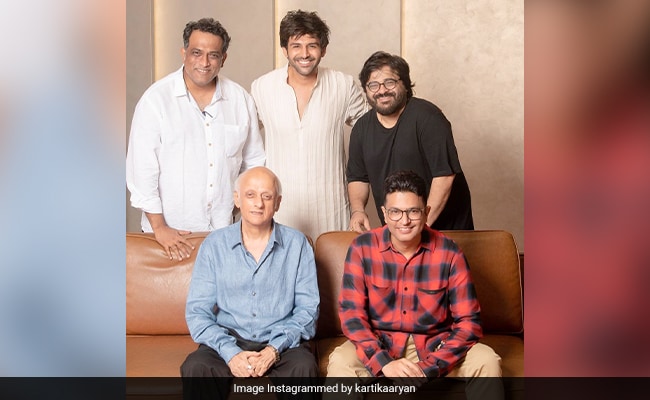 The makers of the upcoming musical romantic drama film Aashiqui 3, on Wednesday, issued an official statement and dismissed all the rumours about the female lead of the film opposite Kartik Aaryan. The official statement reads, "There is no truth to any rumours pertaining to the female lead opposite Kartik Aaryan in Aashiqui 3. The search for the perfect fit for the movie is still ongoing. We are currently in a very early stage where we are still coming up with ideas for the movie. Much like the audience, we are eagerly awaiting to finalise the female lead of the film and would love to share it with the fans as early as possible."

The third instalment of the film will be directed by the Ludo, Barfi and Jagga Jasoos maker Anurag Basu.

Aashiqui 3 is Anurag and Kartik's first ever on-screen collaboration.

The original film, which was helmed by Mahesh Bhatt, was released in 1990 by T-Series and Vishesh Films. Rahul Roy and Anu Aggarwal became overnight sensations with their roles in the film. The franchise was revived in 2013 with Aashiqui 2, directed by Mohit Suri and starring Shraddha Kapoor and Aditya Roy Kapur, which was also a box office success.

Meanwhile, the Luka Chuppi actor is currently working on his next romantic musical film Satyaprem Ki Katha alongside Kiara Advani, which is all set to release on June 29, 2023.

Apart from that, he will be seen in Shehzada opposite Kriti Sanon. The film is helmed by David Dhawan's son Rohit Dhawan and is slated to release on February 10, 2023, and with actor Alaya F in Freddy. Produced by Ekta Kapoor, the film is touted to be a romantic thriller. He also has Hansal Mehta's Captain India in his kitty. Bankrolled by Ronnie Screwvala and Harman Baweja, the film revolves around India's most successful rescue operations from a war-torn country.